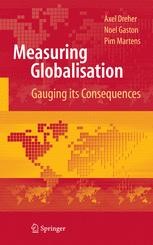 During the last few decades, human dynamics, institutional change, political relations, and the natural environment have become successively more intertwined. While the increased global economic integration, global forms of governance, globally inter-linked social and environmental developments are often referred to as "globalisation," there is no unanimously-agreed upon definition of the term. Depending on the researcher or commentator, it can mean, among other things, the growing integration of markets and nation-states, receding geographical constraints on social and cultural arrangements, the increased dissemination of ideas and technologies, the threat to national sovereignty by trans-national actors; or the transformation of the economic, political and cultural foundations of societies. Regardless of perspective, globalisation permeates our economic, political, and social institutions to a profound degree. Recently, the issue of "sustainability" has reached the mainstream: are the forces of globalisation ultimately contributing to growth and opportunity—or to destruction and chaos? Against the chorus of globalisation’s proponents and detractors, the authors propose an approach for measuring globalisation and its consequences. Undertaking a comprehensive review of the literature on globalisation and using data from the MGI and KOF indices, the authors build a framework for defining globalisation and analyzing the relationships among economic, political, and social variables. In particular, they apply the methodology to analyze the effects of globalisation on tax policy, government spending, economic growth, inequality, union power, and the natural environment and consider additional avenues for research, analysis, and decision making. In the process, they hope that by introducing objective measures to enhance our insight into the functioning of the complex global system.

Dreher, Gaston and Martens have produced the most systematic and comprehensive research I have seen on both measuring globalisation and analyzing its impact on the most important social and economic issues of our time. Globalisation research is a dense thicket. This books stands out among its many thorns.

-Geoffrey Garrett, President of the Pacific Council on International Policy

This is an important contribution to the growing literature on measuring globalization. The analysis is comprehensive and insightful, making it a work that the students of globalization cannot ignore.

-Jagdish Bhagwati, University Professor, Economics and Law, Columbia University and Author of In Defense of Globalization