Article 1: Radiation grafting for the functionalization and development of smart polymeric materials

Gamma radiation has been shown particularly useful for the functionalization of surfaces with stimuli-responsive polymers. This method involves the formation of active sites (free radicals) onto the polymeric backbone as a result of the high-energy radiation exposition over the polymeric material. Thus, a microenvironment suitable for the reaction among monomer and/or polymer and the active sites is formed and then leading to propagation to form side-chain grafts. The modification of polymers using high-energy irradiation can be performed by the following methods: direct or simultaneous, pre-irradiation oxidative, and pre-irradiation. The most frequently used ones correspond to the pre-irradiation oxidative method as well as the direct one. Radiation-grafting has many advantages over other conventional methods because it does not require the use of catalyst nor additives to initiate the reaction and usually no changes on the mechanical properties with respect to the pristine polymeric matrix are observed. This chapter is focused on the synthesis of smart polymers and coatings obtained by the use of gamma radiation. In addition, the diverse applications of these materials in the biomedical area are also reported, with focus in drug delivery, sutures, and biosensors.

Article 2: Electron Beam Technology and Other Irradiation Technology Applications in the Food Industry

Food irradiation is over 100 years old, with the original patent for X-ray treatment of foods being issued in early 1905, 20 years after there discovery by W. C. Roentgen in 1885. Since then, food irradiation technology has become one of the most extensively studied food processing technologies in the history of mankind. Unfortunately, it is the one of the most misunderstood technologies with the result that there are rampant misunderstandings of the core technology, the ideal applications, and how to use it effectively to derive the maximum benefits. There are a number of books, book chapters, and review articles that provide overviews of this technology [25, 32, 36, 39]. Over the last decade or so, the technology has come into greater focus because many of the other pathogen intervention technologies have been unable to provide sustainable solutions on how to address pathogen contamination in foods. The uniqueness of food irradiation is that this technology is a non-thermal food processing technology, which unto itself is a clear high-value differentiator from other competing technologies.

Read all articles in this topical collection 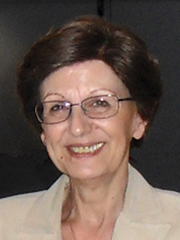 Margherita Venturi is full Professor in Chemistry at the University of Bologna and works in the Photochemical Nanosciences Laboratory at the Department of Chemistry “Giacomo Ciamician” of the University of Bologna. From 1972 to 1991 she worked at the National Research Council of Bologna where her main research activity was focused on the field of Radiation Chemistry. In particular, she studied, by means of pulsed and continuous radiolytic techniques, the electron-transfer processes involved in model systems for the conversion of solar energy in chemical energy.

In 1992 she moved to the Department of Chemistry “Giacomo Ciamician" of the University of Bologna, where she is still working. Her present research activity is dedicated to the design, construction, and characterization of molecular-level devices and machines in the frame of the bottom-up approach to nanotechnology. 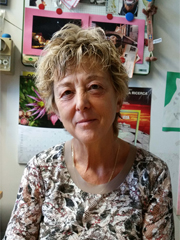 Mila D’Angelantonio is Senior Scientist at the Institute for Organic Synthesis and Photoreactivity - National Research Council of Bologna. She is expert in Radiation Chemistry and her studies concern the mechanisms induced in various inorganic, organic and biological systems by high-energy radiations, such as electron beams (from the LINAC accelerator) or gamma-rays (from 60Co). Her research activity is also focused on the analysis and modeling of complex kinetics by using conventional or numerically integrated computer tools.