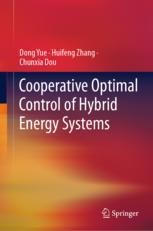 This book mainly investigates the cooperative optimal control of hybrid energy system, it presents security control, multi-objective optimization, distributed optimization and distributed control approaches for tackling with security, economic and stability problem of the hybrid energy system.
It aims to solve some challenging problems including security issue, economic cost or benefits from both power generation side and load demand side, and coordination among different power generators.
The methods proposed in this book is novel and attractive, it consists of the hierarchical optimal control strategy for the security issue, multi-objective optimization for both economic and emission issue, and distributed optimal control for coordination among power generators.
Readers can learn novel methods or technique for tackling with the security issue, multiple-objective problem, and distributed coordination problem. It also may inspire readers to improve some drawbacks of existing alternatives.
Some fundamental knowledge prepared to read this book includes basic principles of the multi-agents system, robust optimization, Pareto-dominance optimization, and background of electrical engineering and renewable energy.

Professor Dong Yue is the dean of Institute of Advanced Technology, College of Automation & College of Artificial Intelligence of Nanjing University of Posts and Telecommunications. In 2009, he was appointed a prestigious Chair by China’s Ministry of Education, “Chang Jiang (Yangtze River) Scholar Chair Professor” and was granted a Special Allowance from the State Council. He is the chief of Jiangsu Engineering Laboratory of Big Data Analysis and Control for Active Distribution Network. He is a World’s Highly Cited Researcher by Thomson Reuters in 2018, and a Chinese Highly Cited Researcher by Elsevier in 2014-2017.Professor Yue serves as the Guest Editor, Associate Editor of International Journals, IEEE TSMCA, IEEE TNNL, JFI and IJSS. He is the member of Editorial Board of Control Theory & Applications, Information and Control, the member of Expert Group of Intelligent Manufacturing Alliance of CAST Member Societies, the committee member of IFAC TC6.3 Power and Energy Systems, the Managing Director and deputy secretary general of Chinese Association for Artificial Intelligence, the Deputy Director of Energy Internet of Chinese Association of Automation, the Vice Chairman of Embedded Instrumentation and System Technology Chapter of China Instrument and Control Society, the member of Technical Committee of Control Theory, Process Control and Intelligent Automation of Chinese Association of Automation, the Managing Director of Chinese Association of Automation.Professor Yue has secured over twenty competitive grants including 863 National Project, Key General Project of the Natural Science Foundation of China and Provincial Project. He was awarded one First-Prize in Natural Science of Chinese Association of Automation, three Second-Prize of provincial Science and Technology and over 100 patents for invention. He has published over two hundred papers collected in SCI, and has been cited over 3500 times. His research interests include networked control, big data analysis and coordination control of Smart grid, Internet of Things and its application.
Dr. Huifeng Zhang works as associate professor at Institute of Advanced Technology (Jiangsu Engineering Laboratory of Big Data Analysis and Control for active distribution network), Nanjing University of Posts and Telecommunications, China. His research interests include multi-objective optimization, Hybrid energy management and optimal scheduling, optimal operation of power system. He has more than 20 published academic papers (18 cited by SCI, 5 cited by EI) from 2011-2020, he has 7 Chinese authorized patents, and has 7 research projects supported by National Natural Science fund, Jiangsu Natural Science fund and other research agencies.

Chunxia Dou has been a Professor in Institute of Advanced technology, Nanjing University of Posts and Telecommunications, China. Her current research interests include multi-agent based control, event-triggered hybrid control, distributed coordinated control, and multi-mode switching control and their applications in power systems, Microgrids and smart grids.