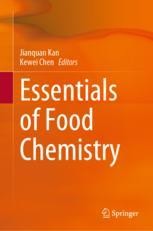 This book presents fundamental and practical information on food chemistry. Using 2-D barcodes, it illustrates the specific reactions and potential transformation mechanisms of food constituents during various manufacturing and storage processes, and each chapter features teaching activities, such as questions and answers, and discussions. Further, it describes various local practices and improvements in Asia. Divided into 12 chapters covering individual nutrients and components, including water, proteins, carbohydrates, lipids, vitamins, minerals, enzymes, pigments, flavoring substances, additives, and harmful constituents, it addresses their food chemistry, as well as their transformations during manufacturing processes, and typical or advanced treatments to improve food quality and safety.

This book helps college students to gain a basic understanding of nutrients and food components, to discover and implement the practical industrial guidelines, and also to learn the latest developments in food chemistry.

Jianquan KAN obtained his doctorate from Southwest University in Chongqing in 2003, and from 2004 to 2005, he worked as a Visiting Scholar at the University of Missouri-Columbia. Since 2000, he has been a professor in the College of Food Science, Southwest University. During this time, he has led or participated in more than 100 national and international research projects, published over 200 scientific papers and 8 book chapters (5 as chief editor), and had 4 patents approved. Currently, he works as the Academic Leader at the College of Food Science. His major research interests and areas of expertise are associated with food chemistry, nutrition, food quality and food safety. Jianquan KAN has been the chief editor for the three Chinese editions of the Textbook of Food Chemistry, which has sold more than 1.2 million volumes and is widely used in universities throughout China.

Kewei CHEN obtained his doctorate from Universidad de Sevilla, Spain in 2016, and from 2012 to 2016, he also did his research work in Instituto de la Grasa (CSIC, Spain). Since 2017, he has been an associate professor in the College of Food Science, Southwest University. He has participated in several international book chapters about food industry and technology. His major research interests and areas are related with food chemistry & nutrition, micronutrient bioavailability, and food safety, with many research papers on Food Chemistry, Journal of Functional Foods, etc.