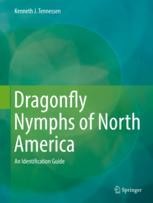 This monograph is the first of its kind devoted entirely to the dragonfly nymphs of North America north of Mexico, the focus being accurate identification of the 330 species of Anisoptera that occur in the region. Nymphal external morphology is described and illustrated in detail, and all terms needed to navigate the dichotomous keys are defined. Species are tabulated with references that provide the most detailed, accurate descriptions for each; species that are inadequately described are so indicated. The key separating the seven families in the region contains several new characters. The families are then covered separately: Aeshnidae (13 genera), Gomphidae (17 genera), Petaluridae (2 genera), Cordulegastridae (2 genera), Macromiidae (2 genera), Corduliidae (7 genera), and Libellulidae (29 genera). Each family is further characterized, followed by a generic key. A drawing of the habitus and diagnostic details for each genus are provided, along with additional diagnostic remarks and notes on habitat and life cycle; for each genus, a map shows its geographic distribution in North America. Full-grown nymphs of all known species of each genus are keyed and diagnosed; characters that apply to earlier instars are noted. Morphological variation in character states was analyzed in order to assess the reliability of previously utilized characters and to discover new characters. Most of the characters used to distinguish all levels of taxa are illustrated; a total of 702 figures, comprising 1,800 original drawings, along with selected photographs where necessary for clarity, accompany the keys. Measurements of total length, head width, and other variables for each species are provided in tables. Difficulties with past keys and descriptions, including errors, omissions and other shortcomings, are addressed. The importance of nymph characters in helping solve generic and specific distinctions and their role in phylogenetic studies is emphasized. Methods for collecting, rearing, and preserving dragonfly nymphs and exuviae are presented. The final chapter discusses research opportunities on North American Anisoptera nymphs, including taxonomic needs, studies on structure and function, life history and microhabitat, water quality indices and conservation efforts. The habitus drawings of all genera are arranged according to family in five plates (Appendix I); although the book is intended as a lab manual, these plates conveniently allow for comparison based on nymph shape making field identification to genus possible in many cases. Appendix II contains a brief history of dragonfly nymph studies in North America. A glossary and an index to scientific names are included.

Kenneth J. Tennessen grew up in the Wisconsin North Woods where he became fascinated with insects at an early age. Of particular impact was the discovery of the life cycle of dragonflies, as he witnessed the transformation of nymphs from an aquatic existence to adults that could mate in the air then return to the water to lay eggs. His pursuit of knowledge on aquatic insects intensified at the University of Wisconsin where he obtained his Bachelor of Science degree in 1968. His ensuing graduate program at the University of Florida was interrupted by the military draft and one year of service in the Vietnam War. Returning to the University of Florida, he earned a Ph.D. in Entomology in 1975 under the direction of Minter J.  Westfall, Jr. During his career as an environmental biologist for the Tennessee Valley Authority, he continued taxonomic research on dragonflies on his own time. Numerous collecting trips in Canada and the United States, as well as some of the collections he made in the Neotropics, provided much-needed specimens to complete this monograph on the Anisoptera nymphs of North America. Although retired, he continues studying Odonata as a Research Associate at the Florida Collections of Arthropods. He currently lives with his wife Sandi in central Wisconsin.