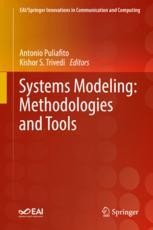 This book covers ideas, methods, algorithms, and tools for the in-depth study of the performance and reliability of dependable fault-tolerant systems. The chapters identify the current challenges that designers and practitioners must confront to ensure the reliability, availability, and performance of systems, with special focus on their dynamic behaviors and dependencies. Topics include network calculus, workload and scheduling; simulation, sensitivity analysis and applications; queuing networks analysis; clouds, federations and big data; and tools. This collection of recent research exposes system researchers, performance analysts, and practitioners to a spectrum of issues so that they can address these challenges in their work.

Antonio Puliafito is a full professor of computer engineering at the University of Messina, Italy. His interests include parallel and distributed systems, networking, IoT, Cloud computing, advanced analytical modeling techniques. He regularly acts as a referee for the European Community since 1998. He contributed to the development of the software tools WebSPN, ArgoPerformance and Stack4Things. He co-authored the text entitled "Performance and Reliability Analysis of Computer Systems", edited by Kluwer. He leads the Center for Information Technologies at University of Messina (CIAM). From 2006 to 2008 he acted as the technical director of the Project 901, winner of the CISCO innovation award. He actively contributed to the success of the TriGrid VL and PI2S2 projects. He has been working in several EU funded projects such as: Reservoir, Vision Cloud, CloudWave, Beacon, Frontier Cities. He was also the main investigator of the Italian PRIN2008 research project Cloud@Home,  to combine cloud and volunteer computing. He acted as scientific coordinator of the PON 2007-2013 SIGMA project on using cloud computing to manage severe risk phenomena. He is coordinating the #SmartME crowdfunding initiative to develop a smart city framework in the city of Messina. He is the co-founder of SmatMe.io, a startup working on the integration of cloud and IoT in smart cities contexts.

Kishor Trivedi holds the Fitzgerald Hudson Chair in the Department of Electrical and Computer Engineering at Duke University, Durham, NC. He has a B.Tech. (EE) from IIT Mumbai and MS and PhD (CS) from the University of Illinois at Urbana-Champaign. He has been on the Duke faculty since 1975. He is the author of a well-known text entitled, Probability and Statistics with Reliability, Queuing and Computer Science Applications, originally published by Prentice-Hall; a thoroughly revised second edition (including its Indian edition) of this book has been published by John Wiley. The book is recently translated into Chinese. His most recent book, Reliability and Availability Engineering, is published by Cambridge University Press in 2017. He has also published two other books entitled, Performance and Reliability Analysis of Computer Systems, published by Kluwer Academic Publishers and Queueing Networks and Markov Chains, John Wiley. He is a Life Fellow of the Institute of Electrical and Electronics Engineers and a Golden Core Member of IEEE Computer Society. He has published over 600 articles and has supervised 46 Ph.D. dissertations. He is the recipient of IEEE Computer Society’s Technical Achievement Award for his research on Software Aging and Rejuvenation. His research interests are in reliability, availability, performance and survivability of computer and communication systems and in software dependability. His h-index is 96. He works closely with industry in carrying our reliability/availability analysis, providing short courses on reliability, availability, and in the development and dissemination of software packages such as HARP, SHARPE, SREPT and SPNP.