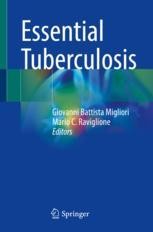 This textbook covers the full spectrum of tuberculosis-related topics in a comprehensive yet easy-to-follow, readily accessible format. Filling a significant gap in tuberculosis literature, it addresses tuberculosis sensu latu, mirroring the content of the London Queen Mary University tuberculosis Diploma.

Written by an international and interdisciplinary panel of experts, the book appeals to a broad readership including students, postdoctoral fellows, clinicians, researchers, and nurses, as well as public health officers working in tuberculosis control programs.
Show all
About the authors

Giovanni Battista Migliori is specialist in Respiratory Medicine and Medical Statistics, and Auditor of Quality Systems. With >30 years of global experience in designing, implementing and evaluating tuberculosis (TB) & TB/HIV control programmes globally, he is Head of Clinical Epidemiology of Respiratory Diseases Service  and Director of the World Health Organization (WHO) Collaborating Centre for TB and Lung Diseases at Maugeri Research Institute, Tradate, Italy, active in TB control, training and research activities. He was nominated Fellow of the Royal College of Physicians (FRCP), London (honorary nomination, 2012), Foundation Fellow of the European Respiratory Society (FERS, 2014) and Fellow of the Asian Pacific Society of Respirology (FAPSR 2015). He is Honorary Professor at the Queen Mary University (London) and Visiting Professor at the University of Monterrey (Mexico) and Insubria (Italy). He has published >500 peer-rev^20,000 citations) in different languages  with the top number of publications on MDR/XDR-TB globally. He is author of the latest TB guidelines of WHO, ECDC and ATS/IDSA/ERS/CDC. He has created and directed over 100 WHO Training Courses for TB &TB/HIV consultants and managers belonging to the ‘Sondalo initiative’ (which trained about 50% of the global human workforces active in TB control). He is currently Chief Editor of the International Journal of Tuberculosis and Lung Disease, Section Editor for TB of the European Respiratory Journal and Associate Editor of Pulmonology and of the Jornal Brasileiro de Pneumologia. Former Secretary General of the ERS, President of the UNION (European Region) and member of WHO STAG (the WHO technical advisory group), he is chair of the GTN (Global Tuberculosis Network) and of the European Research Initiative (ERI) of WHO EURO. He received the Rotary Career Prize (2009), the lifetime award by Diligentia (The Netherlands ancient scientific society; 2015) and the Moscow Society of Phtisiology (2018),  the Honorary invitation to the ‘highly cited Italian scientists’ on Web of Science (‘Gruppo 2003 per la ricerca scientifica’, 2018) and the Expertscape World Extpert badge (2020) for his contribution on the fight against tuberculosis.

Mario C. Raviglione is Full Professor of Global Health at the Centre for Multidisciplinary Research in Health Sciences (MACH) of the University of Milan, Italy.  He is also Honorary Professor at the Queen Mary University of London, UK. Previously, he worked at WHO where he directed the Global Tuberculosis Programme (2003-2017). A graduate from Turin University, Italy, he trained in internal medicine, infectious diseases, and AIDS at Cabrini Medical Centre, New York, and Beth Israel Hospital, Harvard Medical School, Boston. He is one of the most cited authors worldwide in the TB field. His work consists of more than 400 publications on TB, AIDS, infectious diseases and global health in journals and chapters in public health books, including the past 8 editions of the Harrison's Principles of Internal Medicine. His h-index is 108 and his citations over 55,000. Prof. Raviglione has worked with over 50 countries world-wide and has been visiting professor or lectures in major universities including Johns Hopkins, Harvard, Mc Gill, Sydney, Geneva, Liverpool, Pavia, Modena & Reggio Emilia, and Brescia. In 2005 he received the Princess Chichibu TB Global Award. In 2009 he was nominated Fellow of the Royal College of Physicians (F.R.C.P., London, UK). In 2010 he received the Wolfheze 20-Year Jubilee Award (The Netherlands). In 2014 he was appointed a Foundation Fellow of the European Respiratory Society (F.E.R.S.). In 2014 he received the Lifetime Achievement Award by the India International Public Health Conference of the Indian Medical Association. In 2016 he was made Honorary Member of the Russian Society of Phtisiatry. In 2017, he received the USAID Global Leader Award “in recognition of innovative approach, scientific rigor, and dedicate service in partnership to End TB”. In 2019-2020 he was Professeur Titulaire at the Global Studies Institute of the University of Geneva.