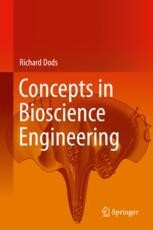 This textbook teaches bioengineers critical concepts about protein three dimensional structures, how proteins fold, and how the folding affects the functioning of the protein. Protein folding has profound effects on the discovery of biopharmaceutical drugs (especially the transport of immunological compounds to their site of action) as well as on tissue engineering. Dr. Dods covers topics in easily understood terms through the use of glossaries heading each chapter and footnotes and summaries at the end of each chapter. The chapters cover disordered proteins and large sequences of disorder that exists within proteins, secondary structure (α-helix and β-pleated structure), tertiary and quaternary structure, post-translational changes, proteopathies, bioengineering approaches used to study protein folding, and computer software for protein folding. For each of these topics the elements of biomolecular imaging, cellular and tissue engineering, and health care systems engineering are built. Molecular engineering concepts such as site-directed mutagenesis are addressed. For reinforcement of the concepts presented in this text, activities and problems (Queries) are included in the chapter.

Richard F. Dods considers himself an integrative scientist. The integration began in graduate school where he integrated biology and chemistry to receive a doctoral degree in biochemistry. For his master’s degree from New York University he studied the reaction of nitrous acid and nucleotides. This experience blended inorganic chemistry, organic chemistry and biological chemistry. His doctoral degree from the University of Connecticut and his post-doctoral experience at Sloan-Kettering Institute for Cancer Research added experience in synthetic organic chemistry of nucleosides and research in plasma membrane isolation from cancer cells, two rather widely different fields. He studied and conducted research as a Research Associate at Michael Reese Medical Center, Chicago and as a Director of Clinical Chemistry at Louis A. Weiss Memorial Hospital in Chicago (a position that included an Adjunct Assistant Professorship at the University of Illinois Medical Center, Chicago).

He authored two audiocassette courses for the American Chemical Society entitled “Clinical Chemistry” and  “Pathophysiology for Chemistry”. He authored the diabetes chapter for four editions of the textbook “Clinical Chemistry: theory, analysis, and correlation”, edited by Lawrence Kaplan and Amadeo J. Pesce. He authored a textbook called “Understanding Diabetes: A biochemical perspective”, published by Wiley. In this book as in the chapter he wrote for Kaplan and Pesce he integrated history, physiology, medical diagnosis, computer analysis, instrumentation, pathophysiology, and medical treatment.

He taught integrative science, biochemistry and organic chemistry for seventeen years at the Illinois Mathematics and Science Academy (IMSA) a world-renowned secondary school funded by the Board of Higher Education of the State of Illinois. While at IMSA he published several papers on integrative learning and taught a course entitled Integrative Science which had topics similar to those covered in Bioscience Engineering.

As he prepared to teach the Integrated Science course, he recognized that each discipline covered had its own vocabulary. Alan Alda once wrote in Science[5] “Scientists urgently need to speak with clarity to funders, policy-makers, students, the general public, and even other scientists…clarity in communicating science is at the very heart of science itself”. In agreement Dr. Dods wrote Concepts in Bioscience Engineering with verbiage used by scientists in their various disciplines that is understandable and presented in clear English.  In other words the language used in each of the disciplines in Bioscience Engineering to describe concepts, theories, and applications to real-world problems has been translated in this textbook into common easy to understand English. More about scientific communication is presented in the Preface.