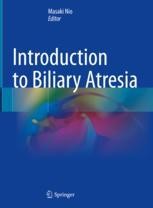 This book offers a comprehensive overview of the latest standard medical procedures and surgical techniques for biliary atresia (BA), as well as the perioperative care, long-term follow-up and transitions. Experts on pediatrics in such fields as hepatology, surgery, pathology, and liver transplantation present their research findings and analyses of this rare and intractable disease of unknown etiology. In Japan, shared experience and sound understanding based on conferences and guidelines have led to standardization of management and clinical care and, as a result, better outcomes.

Providing insights into improving surgical outcomes, and including special chapters focusing on social support systems for patients and families as well as recent advances in early diagnosis, this book a valuable resource for medical professionals around the globe who are involved in treating biliary atresia. It is especially useful for pediatric hepatologists, pediatric surgeons and transplant surgeons.