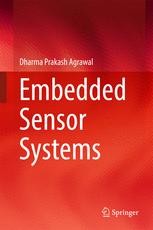 This inspiring textbook provides an essential introduction to wireless technologies for sensors, explores the potential use of sensors for numerous applications, and utilizes probability theory and mathematical methods as a means of embedding sensors in system design.

The book discusses the need for synchronization and underlying limitations, the interrelation between given coverage and connectivity to the number of sensors needed, and the use of geometrical distance to determine the location of the base station for data collection, while also exploring the use of anchor nodes to determine the relative positions of sensors. The book addresses energy conservation, communication using TCP, the need for clustering and data aggregation, and residual energy determination and energy harvesting, together with key topics in sensor communication like mobile base stations and relay nodes, delay-tolerant sensor networks, and remote sensing and potential applications. The book defines routing methods and performance evaluation for random and regular sensor topology and covers sensor-based intrusion detection.

The content includes exercises as well as design-based project concepts. The book’s comprehensive coverage makes it well suited for use as a textbook for graduate and upper undergraduate courses, or as course material for professional courses.

Dharma P. Agrawal is the Ohio Board of Regents Distinguished Professor and founding director of the Center for Distributed and Mobile Computing at the School of Computing Sciences and Informatics. He has been a faculty member at the ECE Dept., Carnegie Mellon University (on sabbatical leave), NC State University, Raleigh and Wayne State University. His current research interests include resource allocation in wireless mesh networks, query processing and secured communication in sensor networks, environmental monitoring using sensor networks, and effective traffic handling in integrated wireless networks.

His most recent contribution in the form of a co-authored introductory textbook on Wireless and Mobile Computing has been widely accepted throughout the world and a fourth edition has just been published. The book has been reprinted both in China and India and translated into Korean and Chinese. His co-authored book on Ad hoc and Sensor Networks, 2nd edition, was published in the spring of 2011.

Professor Agrawal is a founding Editorial Board Member, International Journal on Distributed Sensor Networks, International Journal of Ad Hoc and Ubiquitous Computing (IJAHUC), International Journal of Ad Hoc & Sensor Wireless Networks, and the Journal of Information Assurance and Security (JIAS). He has served as an editor of the journal IEEE Computer, the Journal of Parallel and Distributed Systems, IEEE Transactions on Computers, and the International Journal of High Speed Computing. He has been the Program Chair and General Chair for numerous international conferences and meetings, and has received numerous certificates from the IEEE Computer Society, including a Third Millennium Medal for his outstanding contributions. He has published over 610 papers, given 38 different tutorials and extensive training courses in various conferences in USA, and numerous institutions in Taiwan, Korea, Jordan, UAE, Malaysia, and India in the areas of Ad hoc and Sensor Networks and Mesh Networks (including Globecom 2011 and ICC 2012). He has been nominated as an ISI Highly Cited Researcher, is a Fellow of the IEEE, the ACM, the AAAS, and the World Innovation Foundation, and a recent recipient of the 2008 IEEE CS Harry Goode Award. In June 2011, he was selected as the best Mentor for Doctoral Students at the University of Cincinnati. In 2012, he was selected as a Founding fellow of the National Academy of Inventors.