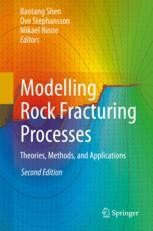 Baotang Shen is a Senior Principal Research Scientist at CSIRO Mineral Resources, Australia and Professor at Shandong University of Science Technology, China. Dr. Shen obtained his first degree in mining engineering in 1985 in China. He received his Ph.D. in rock mechanics in Sweden in 1993, and then worked with the Norwegian Geotechnical Institute (NGI) as a research fellow in 1994-95. Since 1995 he has been with CSIRO and focused on issues related to mining geomechanics, mining engineering and mining environment. Dr. Shen is specialised in mining engineering, monitoring instrumentations, numerical modelling, backfill technologies and rock fracture mechanics. Dr Shen has recently been leading many major research projects including: "International Collaboration Project on Coupled Fracture Mechanics Modelling" participated and supported by 13 international research organisations and universities; “Stress State and Coal Burst Risk near Major Geological Structures” supported by Australian Coal Association Research Program (ACARP); "Remediation of Abandoned Old Mines" supported by Queensland State Government; "Overburden Grout Injection Technology to Prevent Mine Subsidence" supported by BHP Billiton; "Roof fall Monitoring and Early Warning Technology" supported by JCOAL; "Integrated Coal and Gas Extraction for Deep Mines - Field Monitoring Component" - supported by Huainan Coal Mine Group. Dr. Shen is an influential expert in fracture mechanics modelling, and the leading author of the recently published book “Modelling Rock Fracturing Processes”. He has published more than 110 papers in journals and conference proceedings, and about 50 technical reports.

Ove Stephansson is Emeritus Professor at The Royal Institute of Technology, KTH in Stockholm and since 2002 he is Visiting Professor at GFZ German Research Centre for Geosciences, Potsdam Germany. He has a Ph.D. in Theoretical and Experimental Tectonics from 1972 at Hans Ramberg Tectonic Laboratory, Uppsala University, Sweden. He spent one year as a Post-Doc at the Division of Mineral Physics of CSIRO in North Ride, Australia and in 1974 was appointed the first professor of Rock Mechanics at Luleå Technical University (LTU). He built up the rock mechanics laboratory at LTU and devoted 16 years of teaching and researching for the mining industry in northern Sweden. In 1990 he was appointed Professor of Engineering Geology at the Faculty of Civil Engineering, KTH. He retired from KTH in 2002. Professor Stephansson is specialised in theoretical, experimental and applied rock mechanics in mining and civil engineering. His main research topics are rock stresses and stress measurements, modelling fractured hard rock masses and geological disposal of toxic waste and spent nuclear fuel. He is the author, co-author and editor of more than 20 books and ca 250 international publications and conference contributions. He is an appointed Fellow of the International Society for Rock Mechanics with more than 6000 members and has served as vice-President for Europe in the society from 1991 to 1995. Since 1985 Professor Stephansson has been an independent rock mechanics consultant in his company and has worked mainly as an expert and inspector of rock mechanics and rock engineering problems related to the deep geological disposal of radioactive waste and spent nuclear fuel for the Swedish and Finnish Radiation Protection Agencies.

Mikael Rinne is Associate professor in Rock Mechanics at Aalto University, School of Engineering, Finland. He obtained his master degree in Mining Engineering in 1988 at Helsinki University of Technology, Finland. In the late 90’s Dr Rinne defended the degree of Licentiate of Engineering at the Royal Institute of Technology (KTH), Stockholm, Sweden and  his doctoral degree in Rock Engineering at the Helsinki University of Technology in 2008. His current research interests are directed to rock fracture mechanics, rock engineering, mining engineering and underground energy storages. Dr Rinne has been leading a number of major research projects at Aalto University. Mining associated research has been conducted through the EU funded project I2Mine (Innovative Technologies and Concepts for the Intelligent Deep Mine of the Future) in which research has been focused on short-term scheduling of the drilling and blasting cycle and to geotechnical risk on-line management in deep mines. Underground seasonal storage of solar thermal energy is another area of interest in his research team. Dr Rinne is the director of  the European Institute of Innovation and Technology (EIT) labelled Master’s programme European Mining Course (EMC) at Aalto University. He has supervised or co-supervised more than 100 Master’s theses and five Doctoral theses . He has published more than 60 peer-reviewed journal articles and conference papers, more than 10 technical reports and he has been the co-author of the first edition of the book “Modelling Rock Fracturing Processes”. Dr Rinne is a member of many mining and rock engineering organizations and actively participates in organizing scientific meetings and conferences. He is also the managing director of Fracom Ltd and one of the original members in the team that developed the FRACOD fracture propagation modelling software.