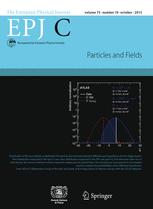 Current textbooks often refer to the Lorentz-Maxwell force governed by the electric charge. But they rarely refer to the extension of that theory required to explain the magnetic force on a point particle. For elementary particles, such as muons or neutrinos, the magnetic force applied to such charges is unique and immutable. However, unlike the electric charge, the magnetic force strength is not quantised. For the magnetic force to act on them, the magnetic field has to be inhomogeneous. Hence this force is more difficult to understand in the context of particles whose speed is near the speed of light. Moreover, our understanding of how a point-particle carrying a charge moves in presence of an inhomogenous magnetic field relied until now on two theories that were believed to differ. The first stems from William Gilbert's study of elementary magnetism in 16th century, while the second relies on André-Marie Ampère electric currents. In a new study just published in EPJ C, the authors Johann Rafelski and colleagues from the University of Arizona, USA, succeeded in resolving this ambiguity between Ameperian and Gilbertian forms of magnetic force. Their solution makes it possible to characterise the interaction of particles whose speed is close to the speed of light in the presence of inhomogeneous electromagnetic fields.

This advance allows the impact of field non-homogeneity on precision experiment to be quantified. It seeks to resolve a discrepancy in the understanding of quantum field corrections to the magnetic moment of the muon, an elementary particle often referred to as a "heavy electron".

These findings can be applied to the study of neutrinos, opening the door to realms beyond the standard model of particle physics. Rafelski and colleagues show that the magnetic force can be large for particles whose speed is very close to the speed of light.