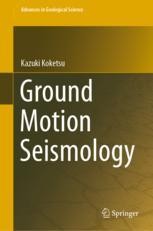 Kazuki Koketsu is a professor of applied seismology at the Earthquake Research Institute, The University of Tokyo, where he received his M.Sc. and Ph.D. in geophysics. He has held the positions of research associate and associate professor at the Earthquake Research Institute, The University of Tokyo, and visiting fellow at the Research School of Earth Sciences of the Australian National University. His selected papers include Koketsu, K. and M. Kikuchi, Propagation of seismic ground motion in the Kanto basin, Japan, Science 288, 1237–1239 (2000); Yokota, Y. and K. Koketsu, A very long-term transient event preceding the 2011 Tohoku earthquake, Nature Communications 6, doi:10.1038/ncomms6934 (2015); and Koketsu, K. et al., Widespread ground motion distribution caused by rupture directivity during the 2015 Gorkha, Nepal, earthquake, Scientific Reports 6, doi:10.1038/srep28536 (2016).

He is a member of the Subcommittee for Evaluations of Strong Ground Motions, Ministry of Education, Culture, Sports, Science and Technology of Japan; the Committee of Earthquake Insurance, Ministry of Finance of Japan; a representative of the Seismological Society of Japan; and the recipient of the 2016 Paper Award of the Japan Association for Earthquake Engineering. He was an associate editor of the Journal of Seismology (Springer) between 2005 and 2012.