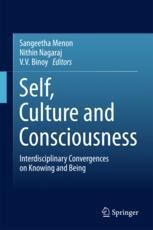 Self, Culture and Consciousness

Interdisciplinary Convergences on Knowing and Being

This volume brings together the primary challenges for 21st century cognitive sciences and cultural neuroscience in responding to the nature of human identity, self, and evolution of life itself. Through chapters devoted to intricate but focused models, empirical findings, theories, and experiential data, the contributors reflect upon the most exciting possibilities, and debate upon the fundamental aspects of consciousness and self in the context of cultural, philosophical, and multidisciplinary divergences and convergences. Such an understanding and the ensuing insights lie in the cusp of philosophy, neurosciences, psychiatry, and medical humanities. In this volume, the editors and contributors explore the foundations of human thinking and being and discuss both evolutionary/cultural embeddedness, and the self-orientation, of consciousness, keeping in mind questions that bring in the interdisciplinary complexity of issues such as the emergence of consciousness, relation between healing and agency, models of altered self, how cognition impacts the social self, experiential primacy as the hallmark of consciousness, and alternate epistemologies to understand these interdisciplinary puzzles.

Sangeetha Menon is a professor at the National Institute of Advanced Studies (NIAS), Bangalore, India, and heads the Consciousness Studies programme of NIAS. She is a nominated member of the International Society for Science and Religion (Cambridge), a Board Member of the International Association for Transpersonal Psychology, and a Council Member of the Indian Council of Philosophical Research, Ministry of Human Resources Development, Government of India. Professor Menon has authored Brain, Self and Consciousness (Springer, 2014); Beyond Experience: Consciousness in the Gita; coauthored Dialogues: Philosopher Meets Seer; and coedited Interdisciplinary Perspectives on Consciousness and the Self (Springer, 2014); Consciousness, Experience and Ways of Knowing: Perspectives from Science, Philosophy and the Arts (2006); Science and Beyond: Cosmology, Consciousness and Technology in Indic Traditions (2004); Consciousness and Genetics (2002); and Scientific and Philosophical Studies on Consciousness (1999). She has visited and spoken at many universities in India, the United States, England, Australia, Germany, France, Italy, Spain, Japan, Taiwan, Singapore, and Moscow. She has been visiting professor at the Oxford Centre for Hindu Studies, Oxford University, and at the Nanzan Institute of Religion and Culture, Nanzan University, Japan. She was invited to be a panellist at the World Parliament of Religions, Melbourne, in 2009. Apart from her academic interests, she writes poetry, fiction and is an avid photographer, artist and web-designer. She also engages in charity programmes, being a trustee of the Sambodh Foundation, Bangalore.
Nithin Nagaraj is Assistant Professor with the NIAS Consciousness Studies Programme, National Institute of Advanced Studies, Indian Institute of Science Campus, Bengaluru. He was a visiting faculty in Mathematics at IISER Pune for a semester before joining as Assistant Professor at the Department of Electronics and Communication Engineering, Amrita University for the period 2009-2013. He also has several years of industry research experience. He worked as a Research Scientist (2001-2004) and Lead Scientist (2013-2015) at GE Global Research (Bengaluru) in the area of biomedical signal and image analysis. At GE Global Research, he has innovated on medical image compression algorithms, medical image segmentation and registration, lossless data embedding and ultrasound liver tissue characterization. During his stint in the industry, he was a co-inventor of 8 U.S. patent applications (2 patents granted, all patents owned by GE).  He joined the Consciousness Studies Programme at NIAS in October 2015. His current research interests include - Complexity Theories of Consciousness, Neural Signal Multiplexing, Causality Measures, Nonlinear Signal Processing and Chaos theory. He has published 14 international journal papers, over 40 national and international conference presentations with a total of 700+ citations and an h-index = 10 (source: Google Scholar). He has an Erdös Number of 3. He is an invited reviewer for the following international journals – Chaos: An Interdisciplinary Journal of Nonlinear Science, European Physics Journal, Communications in Nonlinear Science and Numerical Simulation (Elsevier), IEEE Transactions on Image Processing, Acta Applicandae Mathematicae, International  Journal of Imaging, EURASIP Journal of Information Security, Journal of Information Sciences (Elsevier), International Journal of Bifurcations and Chaos, IEEE Transactions on Information Forensics & Security, Computers and Mathematics with Applications (Elsevier), The Journal of the Franklin Institute (Elsevier), Mathematical Problems in Engineering, Journal of Theoretical Biology. His personal interests include popularizing mathematical thinking, study of Indian scriptures (Vedanta), and the practice of Atma Vichara.

V. V. Binoy is Assistant Professor, School of Natural Sciences and Engineering, professor, National Institute of Advanced Studies (NIAS), Indian Institute of Science Campus, Bengaluru. Binoy is interested in understanding the biological and environmental basis of social cognition in both animals and human beings. He explores the determinants of social decision-making and personality traits (also referred to as individual variation in the behaviour, coping style or behavioral syndrome) in vertebrates using fish and amphibian model systems. His research also focuses on the development of attitude towards biotic and abiotic natural resources and environmental decision-making in school children from various cultures across India. Cultural variation in the autobiographic memory, cognitive style and fluid intelligence in children is another topic of his research.Binoy leads the biology education team of the Connected Learning Initiative (CLIx), a joint venture of the Massachusetts Institute of Technology, USA and Tata Institute of Social Science (TISS), Mumbai.Binoy is a research affiliate in the Centre for the Study of Neuro-Economics, George Mason University, USA and Krasnow Institute for Advanced Study, USA. He has a master’s degree and doctorate in Zoology and has been a recipient of the ‘Cognitive Science Research Initiative Postdoctoral Fellowship’ and ‘Young Scientist’ Start-up Research Grant from the Department of Science and Technology, Government of India. He is also passionate about Yoga and Asian martial arts and has been a keen practitioner. For further details see: http://social-cognition.weebly.com/He is interested in science education and communication. He hosts a citizen science initiative named Student-Network (http://www.nias.res.in/wash/), which aims to enhance the student-scientist interaction and joint knowledge production.