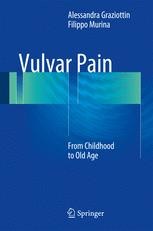 From Childhood to Old Age

This book offers detailed coverage of all aspects of vulvar pain in age groups from children to the elderly, with a particular focus on factors that precipitate or maintain the pain. Guidance is provided on diagnosis and treatment, and careful consideration is given to special circumstances associated with vulvar pain, including childbirth, recurrent cystitis, female genital mutilation, medical comorbidities, and sexual comorbidities in both partners. Vulvar pain of neurogenic and iatrogenic origin is also fully discussed. Two innovative chapters present case reports highly relevant to clinical practice and address outstanding issues, including controversies and difficulties in terminology, initial triggers, the role of stress, psychogenic causes, and misuse and abuse. The book is exceptional in covering vulvar pain throughout the human life span and in a wide range of situations, and it will be of value to all who are involved in management of the condition.

Prof. Graziottin has published: 19 scientific books (as author, co-author or editor); more than 95 chapters of scientific books, over 110 refereed papers and more than 250 proceeding contributions and non-refereed articles; 7 lay books and 8 educational booklets for women. Since 1984 she has been regular columnist on women’s health in Italian national newspapers and magazines. In 2011 she wrote, with Filippo Murina, “Clinical management of vulvodynia” (Springer Verlag Italia, Milano). As a leading expert and teacher in Gynaecology and Medical Sexology, with special focus on Chronic Pelvic pain, Vulvar pain and associated comorbidities, she has given more than 1470 lectures (more than 70 state of the art lectures) at international and national meetings and courses. She has served as board member in 10 international and national Scientific Societies.

After serving on the Board of:

- the Italian Society of Psychosomatic Gynecology and Obstetrics (SIPGO) from 2002 to 2008,

- the Italian Society of Preventive and Social Paediatrics (SIPPS) from 2008 to 2012,

- the International Society for the Study of Women’s Sexual Health, ISSWSH (2001-2002), as President,

- the Italian Society of Psychosomatic Gynecology and Obstetrics (SIPGO) from 2008 to 2012, as Vice-President,

- she is currently a member of the permanent International Organizing Committee (IOC) of Controversies in Obstetrics, Gynecology & Infertility (COGI) and Coordinator of the Italian Association of Hospital Obstetricians and Gynaecologists (AOGOI) for the Milano province.

In June 2004 she was awarded the Honorary Membership by the Society of Obstetricians and Gynaecologists of Canada (SOGC).

Professor Graziottin has two main professional goals: to relieve/cure pain, to help women to (re)enjoy a brighter health and more fulfilling intimate and loving life; to share her passion for a woman-centered medicine with all the HCPs who love to increase their diagnostic and therapeutic competence with a gentle human touch.

Filippo Murina, M.D., is an Obstetrics and Gynecology specialist and he is currently chief of Lower Genital Tract Disease Unit at the V. Buzzi Hospital-Universty of Milan-Milan (Italy).

He is scientific director of Italian Vulvodynia Association, fellow of the International Society of Vulvovaginal Disease (ISSVD) and advisory board member of the Italian Association of Functional and Aesthetic Gynecology (AIGEF).

Over the last 20 years, his research has been focused on vulvo-vaginal diseases, genital and pelvic pain.

He has published over 50 articles and book chapters, and he is a frequent presenter at scientific meeting (over 40 in the last two years). He is also regular columnist on women’s health in Italian magazines.