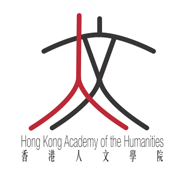 Springer and the Hong Kong Academy of the Humanities (HKAH) will collaborate to publish a new book series called The Humanities in Asia.The agreement will be signed on November 10, 2014, at a ceremony at the Hong Kong Polytechnic University.

The series The Humanities in Asia will publish original monographs and edited volumes in the humanities on issues specific to Asia, as well as general issues in the humanities within the context of Asia. The emphasis will be on excellence and originality in scholarship as well as synergetic interdisciplinary approaches and multicultural perspectives. The target audience of this series includes both scholars and professionals who are interested in issues related to Asia, including its people, history, society and environment. Starting in 2015, four to six books will be published annually in the series. The editorial board of The Humanities in Asia consists of HKAH fellows and leading humanities scholars.

Prof. Huang Chu Ren of Hong Kong Polytechnic University and President of the Hong Kong Academy of the Humanities said, “As the leading academic body for the humanities in Hong Kong, we have been looking for opportunities to facilitate synergy of knowledge through the exchange of ideas as well as publish the best quality scholarly work in our field. Working toward these goals, it is our pleasure to forge a strong partnership with Springer, one of the world’s leading scientific publishers.”

Heinz Weinheimer, Executive Vice President at Springer, said, “The establishment of the book series by Springer and the Hong Kong Academy of the Humanities signals Springer’s strong commitment to publishing the best research from Asia. Springer has a long history of publishing in the humanities and this new book series is a significant addition to our portfolio, offering works by Asian authors and on Asian topics.“

The Hong Kong Academy of the Humanities, established in April 2011, promotes enhanced appreciation of the value of the humanities and provides a platform for advocacy on behalf of the humanities to government, funding bodies, business and the general public.

Springer Science+Business Media (www.springer.com) is a leading global scientific, technical and medical publisher, providing researchers in academia, scientific institutions and corporate R&D departments with quality content via innovative information products and services. Springer is also a trusted local-language publisher in Europe – especially in Germany and the Netherlands – primarily for physicians and professionals working in healthcare and road safety education. Springer published roughly 2,200 English-language journals and more than 8,400 new books in 2013, and the group is home to the world’s largest STM eBook collection, as well as the most comprehensive portfolio of open access journals. In 2013, Springer Science+Business Media generated sales of approximately EUR 943 million. The group employs more than 8,000 individuals across the globe.