Water Security as the Top Global Agenda by Zafar Adeel 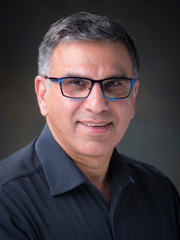 Water insecurity is a threat that cuts across geographical regions, sectors of commerce, and societal divides. Competition for scarce water resources has intensified within countries and among countries sharing water resources. As the world population climbs towards 9 or 10 billion people by the end of this century and our consumption patterns further intensify water demands, we have to ask a fundamental question:

Would we be able to provide sufficient water for daily domestic use, food production, energy generation, and business enterprises?

In 2012, the United States Intelligence Community published an unclassified global water security report, which identified seven river systems across the world at risk. Each of these river basins – Indus, Jordan, Mekong, Nile, Tigris-Euphrates, Amu Darya, and Brahmaputra – is shared by multiple countries that lack the management capacity to deal with complex water challenges. This report suggested that water shortages, degrading water quality and floods could risk institutional collapse within countries and likely increase regional tensions.

The clearest indication of a heightened awareness about water security comes from the World Economic Forum organized in Davos, Switzerland. For several years running, water crises have been recognized as one of the top five threats by the world’s business and political leaders gathered in Davos. Interestingly, many of the other “Top 10 Risks” identified by these leaders are also correlated to water insecurity: extreme weather events (likes floods and droughts); failure of climate-change mitigation and adaptation; and, food crises.

Part of the global response to the water crisis is embedded in the 17 Sustainable Development Goals, or SDGs, established in 2015. The world leaders opted to dedicate SDG 6 to achievement of universal water security. Further, a number of targets embedded under other SDGs also aim at water security as it relates to human health, food security, and protection of land and aquatic ecosystems. In 2016, the UN member states further increased the emphasis on water security by declaring 2018-2028 as the ‘International Decade for Action: Water for Sustainable Development.’

As we gear up to achieve these new global targets by the year 2030, a number of foundational challenges remain: knowledge gaps, capacity to act, and political will for making significant changes. Urgently addressing the knowledge gaps is the starting point for achieving global water security.

The changes to our policies, behavior, and lifestyles should be informed by visionary thinking and solid scientific evidence. With this objective in mind, a book series entitled ‘Water Security in a New World’ brings together inputs from the world’s leading thinkers, experts, practitioners, and researchers. These in-depth and policy-relevant analyses are meant to be used by researchers, policymakers, and practitioners.

An enhanced knowledge base, fostered by this book series, can leverage new research and critical thinking about water security. In addition to the broader concepts around the human and gender dimensions of water security, these books also investigate water challenges in hotspot regions, notably South Asia and the Middle East. A number of similar analyses are in the pipeline, addressing emerging water security threats and regional assessments for other parts of the world. The book series is actively seeking new proposals from across the globe.

Dr. Zafar Adeel is the Executive Director of the Pacific Water Research Centre and a Professor of Professional Practice at Simon Fraser University, and has over 25 years of experience in a broad range of environmental and policy issues. He served as the Director, UNU-INWEH from 2006 to 2016. He also served in a number of international leadership roles, including chairing a group of over 60 organizations called UN-Water (2010-2012), and co-chairing the Millennium Ecosystem Assessment team that produced the global desertification synthesis in 2005. Currently, Dr. Adeel serves as the Series Editor for a book series by Springer: “Water Security in a New World.”

>>Back to the top page