Today, cities are home to 54% of the world’s population, and by the middle of this century that figure will likely rise to 66%. As urban becomes the reality for most of the population, urban issues become central to researchers worldwide. Cities need to be part of a solution towards better communities and a sustainable urban future. Inspired by SDG 11 and the prominence of urban topics in our lives, Springer aims to engage communities as well as government and stake-holders with ground-breaking research that brings about change and a sustainable urban future.

Inviting you to publish with Springer 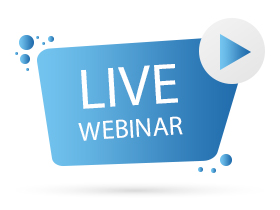 Keen to learn more about Springer's Urban Studies programme and how to publish YOUR book? Then this webinar is for you!

The webinar is scheduled to last 45 minutes, and time for questions will be included.

As a champion of both fundamental research and research intended to have a direct impact on societal challenges, we at Springer Nature are proud of the attention our authors, editors and publishers pay to the future of cities. 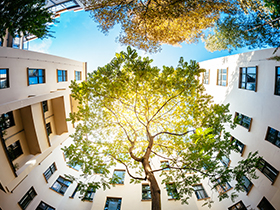 Some of what we publish relates to issues relevant to all cities – modelling of transport or food systems, for example. Much important research is focused more regionally, or on individual cities. Such research may be conducted by working directly with city officials, or with networks of city planners. It can make an immediate difference to the health (in the broadest sense) and other needs of people who live and work in cities, as well as to the development of more sustainable aspects of citizens’ lives. SDG 11 includes targets for cities that Springer Nature’s publications speak to directly.

We invite you visit the Springer Nature SDG 11 hub "Sustainable Cities and Communities".

The Life and Afterlife of Gay Neighbourhoods: Renaissance and Resurgence By Prof. Alex Bitterman and Prof. Daniel B. Hess, Editors ofthe book The Life and Afterlife of Gay Neighbourhoods: Renaissance and Resurgence

Bitterman and Hess delve into the ways in which gay neighborhoods in cities across the globe cater to and provide safe harbor for LGBTQ+ residents, citizens, and visitors in settings intended to be accepting and non-judgmental.

The book explores ‘gayborhoods’ in significant detail, focusing on their formation, solidification during the sexual liberation and social movements (of the 1960s and 1970s), maturation (during the 1980s and 1990s), and changes since 2000.

How can design help communities? By Dr. Julia Nevárez, Author of the book The Urban Library

This new book focuses on case studies of libraries in the US, Latin America, Canada and Egypt to highlight their significance as anchor institutions that promote universal access through programming and design.

"The important role of public space during the pandemic should not be ignored. In its most traditional form...

Our cities are 'naturally challenged': here's why "'Lockdown has been a time when many have appreciated the urban nature around us. Maybe it has been noticing the weeds growing through the cracks in the pavement or hearing birdsong that couldn’t be heard before. Many more people have been visiting parks, which have provided much needed respite from the challenges lockdown has brought.

How much more evidence do we need to invest in green spaces?

"We know green spaces are good for us. The evidence is overwhelming. So why don’t we invest in what we know to be healthy and helpful, when we can find £522 million to subsidise people who want a meal out? “Cities must wage simultaneous battles to curb global climate change trends while adapting and transforming to address local climate impacts. How do cities develop anticipatory and long-range planning capacities for more resilient futures, earnest collaboration across disciplines, and radical reconfigurations of the power regimes that have institutionalized the disenfranchisement of minority groups?

Publishing a book with Springer "I have published 3 books with Springer and a further 2 are in preparation. The first of these, Urban Morphology, has been downloaded more than 20,000 times and has 140 citations - four years after publication. Springer, and in particular the team of The Urban Book Series led by Juliana Pitanguy, are effective partners. From the discussion of the first idea for a new project, the submission of a proposal, the referee evaluation process to the completion of the book, everything is framed by excellency and high professionalism."

Read what authors are saying about us – and what you can expect. Watch the video about the book here

The series is currently seeking contributions in the areas of transport and inequalities. Please contact one of the Series Editors. A new open access journal that focuses on the intersection of computational sciences and urban sciences in building intelligent and resilient cities. Discover Sustainability aims to support multi-disciplinary research and policy developments addressing all 17 of the UN SDGs. The journal publishes open access research from across all fields relevant to sustainability, including cities and urbanization. An open access, online-only journal, dedicated to publishing high-quality papers that describe the significant and ground-breaking research covering urban environments through the lens of sustainable development, studied across a broad range of research topics.

We invite you to publish your next project with Springer.  Please contact us with your ideas or for further information:

More information about the benefits of publishing with Springer.

Inviting you to publish a book