The soil is a living system. Underneath our feet, is a world ruled by small and microscopic life turning over organic matter, minerals and elements. The fabric of soil is made by billions of creatures that labor day and night, every season, and all across the terrestrial earth. Their homes are our soils. They create a soil fabric that is a dynamic, complex and vital for humankind. 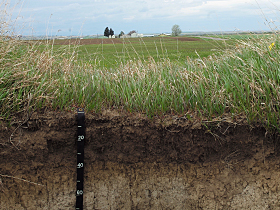 The foundation of soil microbiology was laid by Sergei Vinogradskii and Martinus Beijerinck who both investigated the biological aspects of soils in the late 1800s. Their work unraveled soil functioning and enhanced a broader ecological understanding. In the 1930s, Selman Waksman researched soil microbes and the antagonisms among micro-organisms. He found that actinomycetes produced substances that topped the growth of tubercle bacillus and several other penicillin-resistant bacteria. It was a significant finding - a drug was found to cure tuberculosis that in the US alone killed over 50,000 people each year.

The soil harbors many unknown gems, and life and diversity in the soil is being well-researched across the globe. The research is conducted by a range of experts that work on the rapid assessment of soil biodiversity, quantification of functional groups, and improved understanding of the relation between soil microbiology and physical processes. Pathways are developed that extrapolate laboratory findings to national and global models. The art of the science is to make a discovery in a small world that impacts our entire world.

There is a dire need to keep all our soils alive. Long term soil abuse and biocide application has reduced the biodiversity in many of our urban and intensively cultivated soils. We may not know what we are losing since much is to be learned about the diversity of life in the soil, and the effects of soil biodiversity loss on crop production may be masked by increased use of inorganic fertilizers. In order to feed a growing global population and with the imminent change in the climate, loss of soil biodiversity is a serious concern. Everyone should be remined that soils are vital for humankind and that all efforts should be made to maintain and improve the soil resource. For soils are the base of our subsistence.

We will have many more Happy World Soil Days if we look well after our soils! 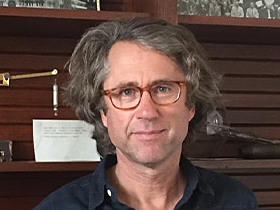 Alfred Hartemink is professor of soil science at the University of Wisconsin-Madison. Alfred was trained in pedology and soil fertility, and has a MS degree from Wageningen, the Netherlands, and a PhD from The Reading University in the UK. He worked at research institutes and universities in Tanzania, Congo, Indonesia, Kenya, Papua New Guinea and Australia. Alfred served as (Deputy) Secretary General of the International Union of Soil Sciences and is the founding editor of the World Soils Book series. He likes soils.

>>Back to the top page