Why Engineering?
This is a difficult question for me. I would say, that I got there by chance. I exceled in applied mathematics and most areas of applied mechanics require a strong background in mathematics. Mechanics, and in particular, fracture mechanics is a vibrant field that presents new challenges all the time. In addition, there are many opportunities for carrying out experiments which combine well with theoretical aspects of the field.

My Advice to Young Women:
Find your dream and follow it. Today all avenues are open to women. They just have to be courageous and continue to pursue studies. Juggling career and family is challenging but well worth it

Virtual crack closure technique for an interface crack between two transversely isotropic materials (in the International Journal of Fracture, 2017) 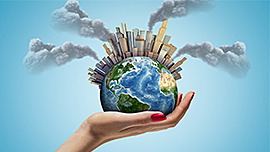