Read two blogs on "Polar Research and its Future Development"

You are invited to read blogs by two polar researchers. One is by a PhD student Anuszka Mosurska in Social Research who has just started her research career and the other is written by a widely known scholar in Polar Biology, Professor Dieter Piepenburg. 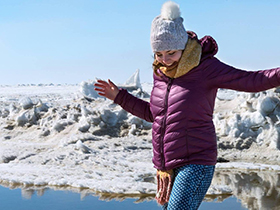 An emerging discourse in the Arctic

With recent wildfires, oil spills, storms, and numerous other disturbances in the Arctic, it would be easy to fall into the trap of viewing the Arctic as a vulnerable, disaster-prone place with an uncertain future. However driven by the voices of Indigenous peoples, the dominant discourse about the Arctic is steadily being transformed from a place traditionally classed as ‘vulnerable’ to one where the ingenuity, capability and agency of peoples living there is increasingly acknowledged...

Perhaps one of the most impressive examples of this was at COP25 in December, where Inuit youth from Tuktoyaktuk showcased their documentary about the realities of living in their hometown.

Just this past year, Springer has embraced and contributed to this shift in discourse, with their book Arctic Triumph, highlighting strides in Indigenous rights, disaster risk reduction, and international cooperation, amongst others. This is important because how we frame a place (and its peoples) has very real impacts. For example, for too long now the Arctic has come to be defined by climate change. We are well-versed in the fact that the Arctic is warming faster than anywhere else, that it is the canary of climate change, that sea ice is being lost. Yet, it is far less common to hear about the political, social, cultural or economic dimensions of the Arctic. Instead, the Arctic is treated as a global commons, rendering invisible the people who live there, and masking their triumphs.

It is an exciting time for Arctic research. With the growing recognition and inclusion of local and Indigenous voices, I think we can expect to see a continued shift in the discourse around the Arctic, which will be one that challenges many of our long-held beliefs and assumptions. At the time of writing, COVID-19 is running rampant across the globe, posing new challenges about the practicalities and ethics of Arctic research, particularly where outside researchers are working in small, remote communities. Like many other researchers, my own fieldwork in Utqiaġvik, Alaska, is postponed (if not cancelled altogether). In response, I am planning not to travel to Utqiaġvik, but to relegate more control over to people in Utqiaġvik, training them, and ultimately involving them more closely in my research. It is no secret that outside researchers often (unknowingly) put strain on the small, remote Arctic communities they work in so, what started out as a disruption to my research is now an opportunity to improve it, to make it ethically more rigorous, and to better capture Indigenous voices and perspectives. This leads to some questions: What will Arctic research look like in a post-pandemic world? As researchers, will we embrace a new way of working, which gives more control to researched communities? What benefits will Arctic peoples reap, now that their homes are not flooded with researchers? How can the Arctic research community work more respectfully with Arctic peoples? And, most importantly, how can we make space for Indigenous researchers within academia? With all the suffering and disruption that COVID-19 has caused, through careful interrogation of these questions, researchers and researched communities alike may be able to change the course of Arctic research and reap a little triumph from this pandemic. 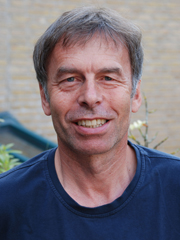 Earth’s high latitudes are characterized by the extraordinarily pronounced combination in high levels of climatic impact drivers (primarily warming and concomitant sea-ice decline, ice-sheet loss and permafrost thaw, but also ocean acidification and stratification, as well as sea-level rise), together with the exposure and vulnerability of polar ecosystems to their potentially hazardous impacts.

In view of the increasing awareness of the particularly high risk levels resulting from this unique combination of polar ecosystem dynamics, functioning and services, research on the ecological effects of climate change has been– and is being–intensified.  This research is being carried out in order to strengthen the confidence of predictions of future trends and, hence, the usefulness of scientific advice for the decision-maker and the development of sound fact-based strategies and polices for adaptation to, and mitigation of, climate-driven change in polar regions.

One continuing research focus is on the issue of how ocean warming, sea-ice decline and associated changes have impacted primary production in polar oceans. There is growing evidence that there is an effect, but with high regional and seasonal variability.  In high-Arctic waters primary productivity has remained low, mostly due to nutrient and light limitation.  While, in many other Arctic seas changes in seasonal sea-ice extent and thickness have altered incoming light and mixing regimes, causing higher overall productivity in open-water and under-ice habitats.   The recently published book,  POLAR NIGHT Marine Ecology  presents a radical new perspective of marine life at high latitudes. Instead of a system in dormancy, a new perspective of a system in full operation and with high levels of activity across all major phyla is emerging. Examples of such activities and processes include: active marine organisms at sea surface, water column and the sea-floor.

In the Southern Ocean recent studies suggest only little overall change in primary production at the circumpolar scale.  This differs however for locally rapid environmental shifts in the vicinity of retreating ice sheets and declining sea-ice cover off the Antarctic Peninsula.

Large-scale changes in upwelling regimes, hence nutrient flux, are projected for the Southern Ocean under climate change.  In turn this leads to an overall increase in primary production and, as a result, a decline in global ocean productivity due to nutrient trapping.

Special research emphasis also considers, to which degree and how warming causes changes in the distribution ranges of species, as well of the ecological consequences of these shifts.

For polar regions, poleward range expansions of boreal species and concomitant range contractions of endemic polar species have demonstrated to cause the invasion of non-native alien species in both marine and terrestrial ecosystems, with profound ramifications for biodiversity patterns, food-web dynamics, and ecosystem functioning.  In their paper published in Polar Biology  the authors discuss how, as the extremity of Arctic climate lessens with global warming, the risk of invasion increases. The authors asses he presence of introduced plant species and their persistence in a Canadian subpolar site on the Hudson Bay with a history of human introductions from large-scale grain inputs.  Climate Warming and the Arrival of Potentially Invasive Species into Boreal Forest and Tundra

Moreover, the effects of current and projected dissolved CO2 and pH levels in polar oceans have been examined over a suite of ecological groups, revealing pronounced species-specific differences in sensitivity and abilities to adaptation to ocean acidification.  For instance, while sub-Arctic and Arctic phytoplankton communities and key diatom and picoeukaryote species appear relatively resilient, zooplankton, pteropods and fishes, particularly those with CaCO3 shells or skeletons, show species- and stage-specific sensitivities that are often further modified and amplified by warming.

Widespread and accelerating permafrost thaw due to warming leads to profound changes in the tundra hydrology of the Arctic. With warming and changes in hydrology, an overall greening of the tundra biome, but also browning in some regions of tundra and forests, has been observed, as well as changes in the abundance and distribution of animals. There is only limited evidence, however, that the permafrost thaw is currently causing the release of additional methane and carbon dioxide by increased microbial degradation.

Looking forward, the projected thaw of ice-rich permafrost and decrease in snow will continue to interact with Arctic hydrology and wildfire, leading to increasing risk levels for vegetation and human infrastructure.

The series' broad ecology-oriented scope encompasses environmental and biological research of both recent and past ecosystems.  View selected volumes:

≫ POLAR NIGHT Marine Ecology: Life and Light in the Dead of Night

≫ Whales of the Southern Ocean: Biology, Whaling and Perspectives of Population Recovery

≫ The Ecosystem of Kongsfjorden, Svalbard

The series aims to provide sound and comprehensive documentation of environmental conditions, including anthropogenic influences on the complex and sensitive Polar bio-systems. View selected volumes:

≫ NEW: Nordic Perspectives on Responsible Development of the Arctic

Browse More Titles from the Series

Senior Publishing Editor specializing in Polar Sciences book publications. If you are interested in publishing your book in this area of research, Margaret is your Springer contact.

Since the launch of the Springer Polar Platform in 2018 scientific research findings continue to support that the polar regions remain extremely vulnerable areas undergoing rapid changes, which range from sea-ice retreat, thawing permafrost, and warming temperatures, to the challenges and opportunities experienced  by communities  working and living in rapidly evolving environments.

The Sustainable Development Goals adopted as part of the 2030 Agenda for Sustainable Development have helped foster comprehensive research programmes in the Arctic to meet the targets of tackling climate change, ensuring health and well-being, achieving gender equality, and to make certain of inclusive and equitable quality education.  Douglas C. Nord’s latest book Nordic Perspectives on the Responsible Development of the Arctic investigates the multifaceted nature of change in today’s Nordic Arctic and the necessary research and policy development required to address the challenges and opportunities currently faced by this region. It focuses its attention on the recent efforts of the Nordic community to create specialized Centers of Excellence in Arctic Research in order to facilitate this process of scientific inquiry and policy articulation.
This volume is the 17th title to be published in the Springer Polar Science Series.

Latest news stories report that the extent of the summer sea ice in Antarctica’s Weddell Sea has been reduced significantly due to increased temperatures and severe storms experienced in recent years.  Scientific research continues to investigate these unique conditions, but 2020 will also be a year remembered for the COVID-19 virus which has had devastating effects on global populations.  Many international conferences where postponed or in some cases cancelled.  In the face of these challenging times Springer continues to serve the academic and scientific community and has enabled direct access to research, evidence and data to support the global response to COVID-19.

Continuing on the theme of the Antarctic and reflecting on some historical expeditions, Cornelia Lüdecke's book Germans in the Antarctic presents the course of the three German Antarctic expeditions from 1901-03, 1911-12 and 1938-39 with their partly dramatic turns and twists and provides insights into everyday life under extreme conditions.  The stories are supported by extensive photographic material, some of which has never before been published.

The continued development of the Springer Polar Sciences programme is closely connected with the emergent interest in Arctic and Antarctic research. This wealth of peer-reviewed innovative information is available on SpringerLink

All selected articles are freely accessible through August 28th.

≫ Fold belts and sedimentary basins of the Eurasian Arctic

≫​​​​​​​ “I really don’t wanna think about what’s going to happen to me!”: a case study of psychological health and safety at an isolated high Arctic Research Station

​​​​​​Climate change in the mountain cryosphere: impacts and responses in Regional Environmental Change

As the only black woman on a two-month voyage, Dawn Wright tries to find her place aboard scientific drill vessel JOIDES Resolution.

Our services help strengthen the impact, speed, and quality of research. Let us help you do your best work.

The themes of the UN Sustainable Development Goals are inspirational to us at Springer Nature. Across our publishing and services and across the disciplines, we are focusing on helping researchers make the world a better place for future generations.