Browse our Special Collection in Photochemistry

Photochemistry is an interdisciplinary field drawing knowledge from various research areas within chemistry, materials science, physics and biology. Throughout this page you will find recent Springer highlights spanning all aspects of photochemistry. Also hear from leading expert Professor Detlef Bahnemann about the latest trends in photochemistry and what the future holds. 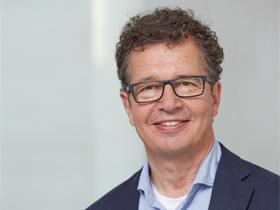 Detlef Bahnemann is a Professor and Head of the research unit "Photocatalysis and Nanotechnology" at the Institute of Technical Chemistry of the Leibniz University Hannover in Germany and also Director of the Laboratory "Photoactive Nanocomposite Materials" at Saint Petersburg State University in Russia.

Enjoy reading about his research and thoughts on what challenges still remain for this exciting field!

Can you tell us about your research specifically that related to photochemistry?

Describe your journal and its connection with the photochemistry community?

Catalysis Letters publishes high profile research work in all areas of catalysis, that is, homogeneous catalysis, heterogeneous catalysis, and biocatalysis. Of particular interest to the photochemistry community are homogeneously catalyzed photochemical conversions including water splitting through photoexcited organometallic complexes as well as heterogeneous photocatalytic systems such as the ones studied in my own research teams in Hannover and Saint Petersburg.

How would you define Photochemistry in three sentences?

Photochemistry includes all chemical processes that are initiated by the interaction of substrates with light rather than with thermal energy. Since each photon in the ultra-violet, the visible or even the infrared region of the solar spectrum contains at least one order of magnitude more energy than that required for most thermal processes, photochemical processes can proceed along different (that is high energy) paths as compared with normal chemical reactions. Photochemistry is also the basis for various crucial processes in nature such as photosynthesis and vision.

Why is Photochemistry an important area to study and what benefits can it bring to society?

Photochemistry is an important area to study as it provides one very elegant way to generate short-lived (mostly free radical) intermediates through the absorption of one single photon the investigations of which yield important fundamental knowledge for the fields of chemistry, physics, and biology. The benefits of photochemistry for the society include artificial photosynthesis to produce fuels such as molecular hydrogen and hydrocarbons, photovoltaics to convert solar into electrical energy as well as systems to convert toxic compounds in air (such as nitrous oxides) and water (such as pesticides and pharmaceuticals) into harmless products.

What are today’s hottest trends/topics in Photochemistry and what challenges still remain?

The hottest topics in photochemistry involve all areas of solar energy conversion, that is, perovskite solar cells, photocatalytic water splitting and CO2 fixation systems operating under visible light illumination, and the photochemical synthesis of high value chemicals. The still remaining challenges include the development of photocatalysts as well as of absorbers for photovoltaic devices with long-term stability, the understanding of plasmonic systems, photonic crystals, and, and, and...

Free Access to Selected Chapters: The most popular chapters of the selected titles are freely accessible for a limited time.

Photochemistry: Past, Present and Future​​​​​​​

From Molecules to Materials: Pathways to Artificial Photosynthesis

If you have ideas or questions about publishing your own book, feel free to Contact Springer Chemistry Publishing Editor!​​​​​​​

Check Out our Book Series!

Take a look at some of our recent journal articles on photochemistry. Enjoy free access through May 7th, 2018!

We invite you to publish with Springer

Don't hesitate to get in touch with us to discuss your book ideas. We are looking forward to hearing from you.