What is the biggest research issue in Ocean Engineering today? Why?
It is very difficult to list just one "biggest issue" in Ocean Engineering today, as there are several them.  However, in my humble opinion (that I am sure will be challenged by some), the lack of adequate knowledge on how to formulate the turbulence problem and how that lack of knowledge affects our success negatively in solving many ocean engineering problems is one of the biggest research issues, if not the biggest.  For example, because of our inadequate knowledge of understanding the turbulence problem and as a result offering scientifically sound solutions that agree with what happens in nature, the determination of fluid loads that act on offshore platforms is still an inexact science in a real fluid and for many physical problems.

What is the biggest impact ocean engineering has had on the environment?
Again, this is a difficult question to answer, however, I can say in my personal view that ocean engineering’s biggest impact has been on finding solutions related to two areas: one on the hydrodynamics of surface or internal wave motion as it relates to dynamic loads on objects in the oceans, and the other on obtaining renewable energy from the oceans.  The Journal of Ocean Engineering and Marine Energy has been fulfilling both of these areas, and more.

What is your advice for someone looking to get into the niche area of ocean engineering?
If you like to do things that use initial knowledge borrowed from traditional areas of engineering and science and, furthermore, to develop your own approach to solving problems to engineer the oceans, ocean engineering is the area for you to study.  It is a very broad engineering area that you will enjoy studying.

What is your favorite thing about the ocean?
Waves, they are impressive, from where and how they are generated until they break on a beach. A truly an amazing natural phenomenon.  A beautiful thing to watch. 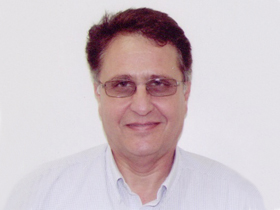 Prof. R.C. Ertekin has MS and Ph.D. engineering degrees from the University of California at Berkeley.  He has worked for Chevron and Shell Oil companies as an engineer before joining the University of Hawaii as a professor where he taught for 29 years. He retired from the department in 2015.  He is Fellow of the American Society of Mechanical Engineers and Society of Naval Architecture and Marine Engineers. He is one of the organizers of the International Conference of Offshore Mechanics and Arctic Engineering (OMAE), served as its Chairman and currently serves on its Executive committee.  He is the founder of The Journal of Ocean Engineering and Marine Energy and the Editor-in-Chief of the international journal. He has served on the Editorial Boards of several journals. He has co-authored over 230 publications in the ocean engineering field.

For more on how ocean engineering is shaping the future, visit our special page: 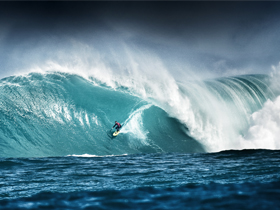 Meet us in Glasgow!

Springer will be exhibiting at the OMAE 38th International Conference on Ocean,
Offshore & Arctic Engineering Conference in Glasgow, Scotland June 9-14, 2019.

Publishing Editors attending the event will be:

Book a meeting with Leontina now!

Book a meeting with Charlotte now!

Book a meeting with Laura now!

Join us on social media to stay up-to-date on the latest news!