The Anthropocene and the end of Progress 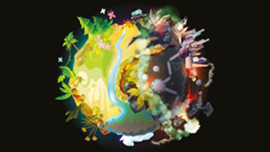 In 2011 the cover of The Economist announced, “Welcome to the Anthropocene”. Atmospheric chemist and Nobel laureate Paul Crutzen introduced the term in 2000. It rapidly spread into wide use, yet remains controversial. Scientists vigorously debate the evidence; some argue that the term is a political statement, not a scientific designation. However the debate among scientists turns philosophical, as the idea of the Anthropocene marks the end of the idea of Progress.

The idea of the Anthropocene provides an important perspective on the human experiment. By placing human history on the scale of the Earth’s 4.5 billion-year history, it highlights the startling speed of the evolution of our emerging global civilization. In less than 10,000 years the human population exploded from a few million hunter-gatherers to 7.5 billion. Even more amazing is nearly all of this change happened in that last few hundred years. Beginning with the Scientific Revolution and the Enlightenment in the 1500s, accelerating technological change in agriculture, medicine, industry, and more, created our interconnected, technological civilization at the beginning of the 21st century. Whether scientists officially designate it the Anthropocene or not, humans are now the dominant influence on the Earth System. Ironically, the human-epoch threatens to be a dangerous time for humanity. Climate change, pollution, loss of biodiversity, and more, are disrupting the Earth System in ways that pose a serious threat to civilization.

The idea of Progress was born in the Enlightenment Projects philosophy of history. This philosophy believed that scientific and technological progress would naturally bend the arc of human history toward a world free of disease, hunger and want. To a significant degree scientific-technology is fulfilling its promise, hunger, disease and poverty are all in decline. But while technological change has greatly increased human life expectancy it is helping to drive a mass extinction event. The ambiguity of technological progress has unmoored it from the philosophical idea of Progress. Nevertheless, its inertia continues to propel technological change at accelerating rates. Humanity is currently in a maelstrom of technological revolutions in the areas of biotechnology, robotics, artificial intelligence, nanotechnology, and more. These powerful scientific-technologies are developing with inadequate guidance and responsibility.  It is just as likely that these technological revolutions could help propel civilization through the dangers of the Anthropocene or accelerate disruptions to the Earth System crashing civilization.

Few people believe in the Enlightenment’s assumptions that the advance of reason, science and technology somehow automatically lead to social progress. Nevertheless, we cannot find the levers to guide the technological juggernaut. One interesting idea put forth in the “Ecomodernist Manifesto”, is to find ways to direct technological progress toward the clear and definable goal of decoupling human activities from the Earth System. This is an interesting, but mindboggling challenge, when considering how to decouple, for example, agricultural-systems from the Earth Systems while feeding 10 to 12 billion people. Many Ecomodernist and others think genetic engineering and synthetic biology could help achieve this goal. However, the first generation of genetically engineered crops with herbicide and insecticide resistant traits proved to be little help or increased human impacts on the Earth System.  The first generation biotechnologies made spectacular progress toward increasing the economic success of the life science companies that developed and sold them to farmers. If we want future to contribute to decoupling food production from negative impacts on the Earth System societies must find ways to direct technological change toward those goals.

The Ecomodernist Manifesto observes that, “Decoupling environmental impacts from economic outputs is not simply a function of market-driven innovation and efficient response to scarcity.” This observation does not necessarily mean that centralized, bureaucratic planning of innovation will be required. Rather, it points out that new, creative approaches to incentivizing and reward innovations that make progress in achieving social and environmental goals are needed. The Anthropocene calls for new ways of thinking about technological progress. 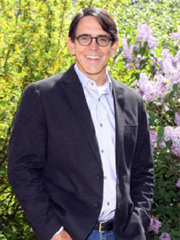 Dane Scott is an associate professor of ethics at the University of Montana. His teaching and research interests focus on ethical and philosophical issues arising from the interactions of scientific and technological development with environmental and social concerns. Some general areas he explores in his research are sustainability, global climate change, risk management, agriculture, and public deliberations over emergent technologies.

He is the author of Food, Genetic Engineering and Philosophy of Technology: Magic Bullets, Technological Fixes and Responsibility to the Future

Read and download the first two chapters for free.

Go back to the main page