Robotics: At the intersection of technology & humanity

What does the future hold for autonomous robots?

What was the genesis of the field of autonomous robotics?

Amongst the devastation at the end of World War II emerged the beginning of a number of technological advancements, inventions and innovations. Robotics, automation, flexible, integrated and agile manufacturing, as well as Artificial Intelligence (AI) started as ‘decoupled’ fields in research and development. Initially expectations were high and with several initial successes came the inevitable controversy and drawbacks. Nothing was wrong conceptually; the theoretical framework was sound and solid; there were several diverse applications that would greatly benefit from such emerging technologies. However, due to the lack of computational power, real-time implementation was rather limited, if not impossible.

What has changed in the last 20 years, in addition to the continuous technology improvements, is the digital computer revolution, the microprocessor and computational power! It is not an exaggeration to state that before long we will be able to claim ‘almost infinite computational power and almost zero computational time’. In addition, it became obvious that robotics, automation, manufacturing (in all of its shapes and forms), AI, computational intelligence, are not decoupled fields. Robotics is an integral component of automation and manufacturing. AI finds major applications in all robotics fields. AI based scheduling and planning (to say the least) is used in automation and manufacturing. The list grows larger, but the point has been made.

Advances in AI, in addition to advances in control system theory, distributed intelligence, complex dynamic and networked control systems, have paved the way to creating, designing and operating new families of autonomous systems, multi-robot teams, and, in general unmanned systems. To be more specific, unmanned systems, whether aerial, ground, sea-surface, underwater or combinations of them, are an everyday reality finding their way to a wide spectrum of civilian and public domain applications, as well as the military.  This is achievable because we can now test and implement in real-time what was not possible in the past.

What new applications will advances in AI/machine learning bring to robotics and UAVs?

AI and learning (covering deep learning, machine learning, supervised or unsupervised learning, or any other form in which learning may be defined) is now real-time implementable. This, among other advances, has contributed tremendously to building (semi-) autonomous robotic systems. The possible applications include search and rescue, emergency response, disaster management, infrastructure monitoring, surveillance and reconnaissance, cartography and mapping, underwater demining, seabed monitoring, pipeline inspection, to name a few. Existing multi-robot systems are now capable of functioning in unison with humans as ‘one team’. For example we are not far away from manned-unmanned aircraft missions (involving manned and unmanned F-16s), and the robot-soldier may soon become reality.

The ability of an unmanned robot or multi-robot team system to learn from experience and to adapt to unforeseen situations in uncertain and dynamic environments, improving its situational awareness will give birth to more unimaginable applications.

How close are we to pilotless aerial vehicles being adopted for wider commercial use?

When it comes to UAVs (and we should also consider Unmanned Aircraft Systems (UASs) and Remotely Piloted Aircraft Systems (RPAS)), it is worth quoting Michael Toscano, former President of AUVSI: “there is nothing unmanned about UAVs / UASs / RPAS”. What he means is that although there is no pilot on-board the aircraft, there are human operators (including a pilot) on the ground flying the unmanned aircraft. However, technology advancements in AI, learning, sense-detect-and-avoid, see-and-avoid systems, etc., allow for such unmanned aircraft to have levels of on-board intelligence that results in levels of autonomous functionality with limited supervision by a ground based human operator. Although this is the case currently, we are not close to complete integration of unmanned aviation into the national airspace. There are challenges related to rules, regulations, ethical, legal, privacy issues, standards, etc., that need to be overcome before full integration. Yes, package (and pizza) delivery may be possible using quadrotors, but there is a big difference whether this takes place in a rural or urban area. Moreover, as UAVs are not toys, the toy market must be heavily regulated as UAVs may be lethal and cause deaths and serious injuries.

Ultimately we need to take a step back and finalize a technology-standards framework for the different classes of UAVs before they are allowed to fly for civilian/public domain applications; we need very strict regulations before it is too late; operators must be licensed. Today, anybody can purchase anything, and this is a mistake – period. Note that I refer to civilian domains; the military is using unmanned aircraft to a maximum and the technology is very mature.

It is worth mentioning that the EU has taken specific steps for the gradual integration of UAVs/RPAS in national airspace. Roadmaps are being implemented and in the US the 2018 FAA Reauthorization Act is going down the same path.

What are the biggest technological challenges to robots and UAVs becoming more autonomous?

Regardless, as an individual working in this field for more than 30 years, the major challenge is to introduce ‘metrics’ to quantify and evaluate autonomy. Autonomy requires self-organization, adaptation and learning at a minimum. Until there is a solid framework, despite current major progress, to tackle such issues in a tangible and implementable way, autonomy and autonomous functionality will still mean different things for different individuals. Standardization is essential, and we are still a long way away from achieving this.

Are there regulatory and ethical hurdles preventing a wider adoption of autonomous robots and UAVs?

Robot Ethics, in general, is one of the most challenging fields of the first part of the 21st century. Alongside robot ethics are legal and privacy issues that surround the field of robotics and unmanned systems. The easiest challenge to overcome is the regulations component, believe it or not, and standards. Ethics, privacy and legal issues are being addressed by different groups, within the US, EU, Australia, Canada and South Africa, in addition to individual country-based regulations. We are far from establishing a common and widely accepted foundational framework, but baby steps have started. What is important to understand here, and this is intertwined with whether unmanned aviation will be widely implemented, is that the technology is mature, but the legal/ethical/privacy component needs to be established.

How is the Journal of Intelligent and Robotic Systems showcasing research into UAVs and robots?

JINT is the first journal that launched the special section on unmanned systems in each issue. Everybody involved with the journal recognized that unmanned systems are the future of robotics (in a rather general sense). Therefore, we established a forum for scientists and engineers to publish their work, and for the readers to learn. We have been successful thus far and JINT is recognized as a major journal in unmanned systems. Note that JINT was also the first venue with the word ‘intelligent’ in its title (thanks to the founding Editor-in-Chief, the late Dr. Spyros Tzafestas). Moreover, JINT encourages submission of articles dealing with non-technical challenges in robotics. As such, I believe we have positioned ourselves appropriately to capitalize on future developments. JINT is dynamic, it evolves and we are not afraid to take bold steps to make it better.

JINT is eventually becoming the unmanned systems journal, and any marketing steps to make that clear to the technical society will only help. 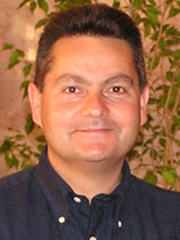 Kimon P. Valavanis is John Evans Professor, Director, Research and Innovation, and Director of the Unmanned Systems Research Institute, D. F. Ritchie School of Engineering and Computer Science, University of Denver. His research interests span Unmanned Systems, Distributed Intelligence Systems, Robotics and Automation. He has published over 400 book chapters, journal/transaction papers, and referred conference papers; he has co-authored and edited 19 books, including the Handbook on UAVs (5 Volumes), Springer, the 2nd Edition of which is forthcoming in 2019. Dr. Valavanis served as Editor-in-Chief of the Robotics and Automation Magazine from 1996-2005, and since 2006, he has been Editor-in-Chief of the Journal of Intelligent and Robotic Systems, Springer. He serves as co-chair/chair of the Aerial Robotics and Unmanned Aerial Vehicles Technical Committee since 2008. He founded/launched the International Conference on Unmanned Aircraft Systems, which he runs annually. He was Distinguished Speaker in the IEEE Robotics and Automation Society, he is Fellow of the American Association for the Advancement of Science, Fellow of the U.K Institute of Measurement and Control, Senior Member of IEEE, VP of the Mediterranean Control Association (MCA), and Fulbright Scholar.

Read a chapter: Principles of Guidance, Navigation, and Control of UAVs

Journal of Intelligent and Robotic Systems,
Read the latest issue 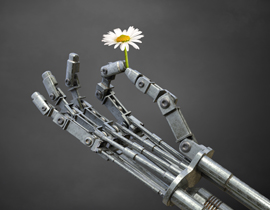 "Robotics: At the intersection of of humanity & technology"