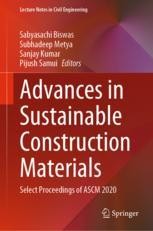 Dr. Sabyasachi Biswas is currently working as an Assistant Professor & Faculty Adviser of undergraduate students in the Department of Civil Engineering at the National Institute of Technology (NIT) Jamshedpur, India. He graduated (B.E) in 2010, in Civil Engineering from IIEST Shibpur. Successively, he has obtained his Masters (M.Tech) in Transportation System Engineering from IIT Guwahati in 2012. He completed his Ph.D. (Civil Engineering) from IIT Roorkee in 2017. During his B. E at IIEST, Shibpur, Dr. Biswas has been a recipient of the prestigious National Scholarship for undergraduate students. His research interests include trafﬁc engineering, ITS, trafﬁc planning, trafﬁc modelling, road safety, statistical modelling and analysis and pavement design and analysis. He has also received Fellowship of the Department of Science and Technology (DST), Government of India during his Ph.D.  Dr. Biswas has the invaluable experience to work as a Project Scientist in DST, Ministry of Science and Technology. In 2015, he was selected for the prestigious IIT Roorkee Heritage Foundation Award for his research contribution. Further, he received “The IIT Roorkee Alumni fund” to participate in the 96th Annual Meeting of Transportation Research Board 2017, held in Washington, DC, USA. He has published several technical papers in reputed international and national journals. He has organized workshops and international conferences on the Trends and Recent Advances in Civil Engineering TRACE-2018. Dr. Biswas is actively involved in various ongoing projects including the Ministry of Indian Railway, Dedicated Freight Corridor Corporation of India (DFCCIL), National Highways Authority of India (NHAI) and Indian Road Congress (IRC). He also serves as an associate editor and reviewer in several international journals. He has written a book and several book chapters.

Dr. Subhadeep Metya is presently an Assistant Professor in the Geotechnical Engineering Division, Department of Civil Engineering, National Institute of Technology (NIT) Jamshedpur, India. He obtained his B.Tech. from the West Bengal University of Technology, followed by M.Tech. and Ph.D. from Indian Institute of Engineering Science and Technology (IIEST), Shibpur. During the tenure of his doctoral research at IIEST, Shibpur, Dr. Metya has been a recipient of the prestigious INSPIRE Fellowship of the Department of Science and Technology (DST), Government of India, from whom he has also received the prestigious Newton-Bhabha PhD Placement Grant 2015-16 by virtue of which he has completed six months’ research internship at the Zienkiewicz Centre for Computational Engineering (ZCCE) at the Swansea University, UK. His awards and honours include the University Gold Medal in both B.Tech. and M.Tech., the IGS-Shri R.N. Prasad Biennial Prize (2015) and the IGS-HEICO Young Geotechnical Engineer Award (2018) by the Indian Geotechnical Society. He has so far published eight journal papers in peer-reviewed journals, as well as twelve conference papers. Besides, he has gained a rare and invaluable experience and exposure on landslide related topics while attending the well-known international school on landslides “LARAM 2014” held in University of Salerno, Italy. His current research interests include slope stability and landslides, geotechnical earthquake engineering, reinforced soil structures, rock mechanics, foundation engineering, computational geotechnics and risk and reliability applications in civil engineering.Dr. Sanjay Kumar is currently working as an Associate Professor at the Department of Civil Engineering, National Institute of Technology, Jamshedpur. He obtained his B.E. (Civil) from Bangalore University, M. Sc. (Engg.) and Ph. D from the National Institute of Technology, Jamshedpur. He is having 24 years of teaching experience with specialization in structural engineering. His major areas of research interest include performance evaluation of low cost building elements, fiber reinforced concrete, geo polymer concrete and utilization of waste materials in civil engineering applications. He has published more than 40 international/national research papers in respected journals/conferences to his credit.Dr. Pijush Samui is working as an associate professor in the civil engineering department at NIT Patna, India. He graduated in 2000, with a B.Tech. in Civil Engineering from Indian Institute of Engineering Science and Technology, Shibpur, India. He received his M.Sc. in Geotechnical Earthquake Engineering from Indian Institute of Science, Bangalore, India (2004). He holds a Ph.D. in Geotechnical Earthquake Engineering (2008) from Indian Institute of Science, Bangalore, India. He was a postdoctoral fellow at University of Pittsburgh (USA) (2008-2009) and Tampere University of Technology (Finland) (2009- 2010). At University of Pittsburgh, he worked on design of efficient tool for rock cutting and application of Support Vector Machine (SVM) in designing of geostructure. At Tampere University of Technology, he worked on design of railway embankment, slope reliability and site characterization. In 2010, Dr. Pijush joined in the Center for Disaster Mitigation and Management at VIT University as an Associate Professor. He was promoted to a Professor in 2012. Dr. Pijush’s research focuses on the application of Artificial Intelligence for designing civil engineering structure, design of foundation, stability of railway embankment, reliability analysis, site characterization, and earthquake engineering. Dr. Pijush is the recipient of the prestigious CIMO fellowship (2009) from Finland, for his integrated research on the design of railway embankment. He was awarded Shamsher Prakash Research Award (2011) by IIT Roorkee for his innovative research on the application of Artificial Intelligence in designing civil engineering structure. He was selected as the recipient of IGS Sardar Resham Singh Memorial Award – 2013 for his innovative research on infrastructure project. He was elected Fellow of International Congress of Disaster Management in 2010. He served as a guest in disaster advance journal. Dr. Pijush is active in a variety of professional organizations including the Indian Geotechnical Society, Indian Science Congress, Institution of Engineers, World federation of Soft Computing, and Geotechnical Engineering for Disaster Mitigation and Rehabilitation. He has organized numerous workshops and conferences on the applications of artificial intelligence in civil engineering design.   He also serves as an editorial board member and associate editor in several international journals. He has been selected as an adjunct professor at Ton Duc Thang University (Ho Chi Minh City, Vietnam). He has been Visiting Professor at Far East Federal University (    Russia).  He has published more than 100 international journal papers.  He holds the title of docent at Tampere University.   He has written several books and book chapters.
Show all