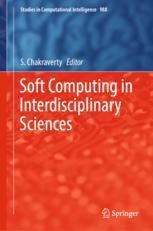 This book meets the present and future needs for the interaction between various science and technology/engineering areas on the one hand and different branches of soft computing on the other. Soft computing is the recent development about the computing methods which include fuzzy set theory/logic, evolutionary computation (EC), probabilistic reasoning, artificial neural networks, machine learning, expert systems, etc. Soft computing refers to a partnership of computational techniques in computer science, artificial intelligence, machine learning, and some other engineering disciplines, which attempt to study, model, and analyze complex problems from different interdisciplinary problems. This, as opposed to traditional computing, deals with approximate models and gives solutions to complex real-life problems. Unlike hard computing, soft computing is tolerant of imprecision, uncertainty, partial truth, and approximations.

This is done, firstly, by encouraging the ways that soft computing may be applied in traditional areas, as well as point towards new and innovative areas of applications and secondly, by encouraging other scientific disciplines to engage in a dialog with the above computation algorithms outlining their problems to both access new methods as well as to suggest innovative developments within itself.

Professor S. Chakraverty has 29 years of experience as a researcher and teacher. Presently, he is working in the Department of Mathematics (Applied Mathematics Group), National Institute of Technology Rourkela, Odisha, as a senior (Higher Administrative Grade) professor. Prior to this, he was with Central Building Research Institute (CSIR), Roorkee, India. After completing Graduation from St. Columba’s College (Ranchi University), his career started from the University of Roorkee (now, Indian Institute of Technology Roorkee) and did M. Sc. (Mathematics) and M. Phil. (Computer Applications) from there securing the first positions in the university. Dr. Chakraverty received his Ph. D. from IIT Roorkee in 1992. Thereafter, he did his postdoctoral research at the Institute of Sound and Vibration Research (ISVR), University of Southampton, U.K., and at the Faculty of Engineering and Computer Science, Concordia University, Canada. He was also a visiting professor at Concordia and McGill universities, Canada, during 1997–1999 and a visiting professor of University of Johannesburg, South Africa, during 2011–2014. He has authored/co-authored/Edited 23 books, published 388 research papers (till date) in journals and conferences, two more books are in Press, and two books are ongoing. He is in the Editorial Boards of various International Journals, Book Series and Conferences. Professor Chakraverty is the chief editor of “International Journal of Fuzzy Computation and Modelling” (IJFCM), Inderscience Publisher, Switzerland, an associate editor of “Computational Methods in Structural Engineering, Frontiers in Built Environment” and happens to be the editorial board member of “Springer Nature Applied Sciences”, “IGI Research Insights Books”, “Springer Book Series of Modeling and Optimization in Science and Technologies”, “Coupled Systems Mechanics (Techno Press)”, “Curved and Layered Structures (De Gruyter)”, “Journal of Composites Science (MDPI)”, “Engineering Research Express (IOP)” and “Applications and Applied Mathematics: An International Journal”. He is also the reviewer of around 50 national and international journals of repute, and he was the president of the Section of Mathematical Sciences (including Statistics) of “Indian Science Congress” (2015–2016) and was the vice president—“Orissa Mathematical Society” (2011–2013). Professor Chakraverty is a recipient of prestigious awards, viz. Indian National Science Academy (INSA) nomination under International Collaboration/Bilateral Exchange Program (with the Czech Republic), Platinum Jubilee ISCA Lecture Award (2014), CSIR Young Scientist Award (1997), BOYSCAST Fellow. (DST), UCOST Young Scientist Award (2007, 2008), Golden Jubilee Director’s (CBRI) Award (2001), INSA International Bilateral Exchange Award ([2010–11 (selected but could not undertake), 2015 (selected)], Roorkee University Gold Medals (1987, 1988) for first positions in M. Sc. and M. Phil. (Comp. Appl.), etc. He has already guided nineteen (19) Ph. D. students, and twelve are ongoing. He is in the list of 2% world scientists recently (2020) in “Artificial Intelligence & Image Processing” category based on an independent study done by Stanford University scientists. His world rank is 1862 out of 215114 researchers throughout the globe.

Professor Chakraverty has undertaken around 17 research projects as a principle investigator funded by international and national agencies totaling about Rs.1.6 crores. He has hoisted around 8 international students with different international/national fellowships to work in his group as PDF, PhD, visiting researchers for different periods.  A good number of international and national conferences, workshops and training programs have also been organised by him. His present research area includes differential equations (ordinary, partial and fractional), numerical analysis and computational methods, structural dynamics (FGM, nano) and fluid dynamics, mathematical and uncertainty modeling, soft computing and machine intelligence (artificial neural network, fuzzy, interval and affine computations).