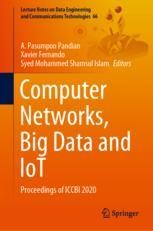 Pasumpon Pandian Arasu received his Ph.D. degree in the Faculty of Information and Communication Engineering under Anna University, Chennai, TN, India, in 2013. He received his graduation and postgraduation degree in Computer Science and Engineering from PSG College of Technology, Coimbatore, TN, India, in the year 1993 and 2006, respectively. He is currently working as Professor in the Computer Science and Engineering department of KGiSL Institute of Technology, Coimbatore, TN, India. He has twenty-six years of experience in teaching, research and IT industry. He has published more than 20 research articles in refereed journals. He acted as Conference Chair in IEEE and Springer conferences and Guest Editor in Computers and Electrical Engineering (Elsevier), Soft Computing (Springer) and International Journal of Intelligent Enterprise (Inderscience) Journals. His research interest includes image processing and coding, image fusion, soft computing and swarm intelligence.

Xavier Fernando is Professor at the Department of Electrical and Computer Engineering, Ryerson University, Toronto, Canada. He has (co-)authored over 200 research articles and two books (one translated to Mandarin) and holds few patents and non-disclosure agreements. He was IEEE Communications Society Distinguished Lecturer and delivered close over 50 invited talks and keynote presentations all over the world. He was Member in the IEEE Communications Society (COMSOC) Education Board Working Group on Wireless Communications. He was  Chair IEEE Canada Humanitarian Initiatives Committee 2017–2018. He was also Chair of the IEEE Toronto Section and IEEE Canada Central Area. He is a program evaluator for ABET (USA). He was a visiting scholar at the Institute of Advanced Telecommunications (IAT), UK, in 2008, and MAPNET Fellow visiting Aston University, UK, in 2014. Ryerson University nominated him for the Top 25 Canadian Immigrants award in 2012 in which was a finalist. His research interests are in signal processing for optical/wireless communication systems. He mainly focuses on physical and MAC layer issues. He has special interest in underground communications systems, of cognitive radio systems, visible light communications and wireless positioning systems.

Dr. Islam completed his PhD with Distinction in Computer Engineering from the University of Western Australia (UWA) in 2011. He received his MSc in Computer Engineering from King Fahd University of Petroleum and Minerals in 2005 and BSc in Electrical and Electronic Engineering from Islamic Institute of Technology in 2000. Before joining ECU as a Lecturer in Computer Science, he worked in different teaching and research positions at UWA and Curtin University (2011-2016). He was promoted to Senior Lecturer in Nov 2020. He has published over 60 research articles and got 17 public media releases, including a TV news story and four live radio interviews. He has received the NHMRC Ideas grant 2019 (AUD 467,980) and nine other external research grants. He is serving the scientific community as an Associate Editor of IEEE Access, a guest editor of Healthcare, a Technical Committee Member of 25 conferences and a regular reviewer of 26 journals. He is a Senior Member of IEEE and Australian Computer Society. His research interest includes Artificial Intelligence, Computer Vision, Pattern Recognition, Big-Data Analysis, Biometrics, Medical Imaging, Internet of Things (IoT), Image Processing and Biomedical Engineering.