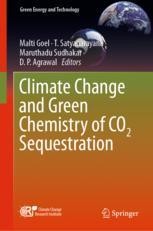 Prof. Dr. (Mrs.) Malti Goel, a Physicist, served as Senior Advisor and Scientist ‘G’, Ministry of Science & Technology, Government of India. Working in hierarchical positions, she headed the Inter-sectoral Science & Technology Advisory Committee division from 1998-2008. She was Programme Director for Atmospheric Sciences and showed exemplary leadership in multi-institutional project implementation in climate change, greenhouse gas monitoring & mitigation and CO2 sequestration. She steered thrust area programmes of Physical Sciences in promoting researches in the frontier areas of lasers, superconductivity and high energy physics. She became Emeritus Scientist, Indian National Science Academy in 2008. She was CSIR Scientific Pool’s Officer at IIT Delhi (1976) and also CSIR Emeritus Scientist at Jawaharlal Nehru University in the Centre for Studies in Science Policy (2009-2013). Dr. Goel is the recipient of Gold Medal in M.Sc. Physics (1967) from BITS Pilani, India. She pursued D.I.I.T and Ph.D. in Solid State Physics (1973) from Indian Institute of Technology (IIT) Delhi. Dr. Goel is a recipient of several awards, fellowships and appreciations including Medal for Excellence in Environment, Science and Technology (2006), Bharat Jyoti Award for outstanding contribution to Science & Society (2012), and Build India Corporate Award (2015). She is author and editor of 11 books, 31 book chapters and 275 scientific papers in journals of international repute and conferences. Dr. Goel is Fellow of National Environment Science Academy and IC Environment and Ecology, Kolkata. The Climate Change Research Institute is founded by her with a mission to create awareness and education about climate change control.

Prof. T. Satyanarayana is Professor Emeritus at the Department of Biological Sciences & Engineering, Netaji Subhas University of Technology, New Delhi, India after superannuating from the Department of Microbiology, University of Delhi, New Delhi, as Professor and Head, in 2016. He has over 280 scientific papers and reviews, 11 edited books and 2 patents to his credit. He is a fellow of the National Academy of Agricultural Sciences (NAAS), Association of Microbiologists of India (AMI), Biotech Research Society (India), Mycological Society of India (MSI) and Telengana Academy of Sciences. He is a recipient of Dr. Manjrekar award of AMI, Dr. Agnihotrudu award of MSI and Malaviya Memorial award of BRSI. He has over 40 years of research and teaching experience and has mentored 30 scholars for Ph.D. He was president of AMI and MSI during 2014-15 and 2015-16, respectively. He has successfully executed several major research projects from government agencies like, DST, DBT, UGC, CSIR and the Ministry of Environment & Forests. His research efforts have been focused on understanding the diversity and applications of yeasts, thermophilic fungi and bacteria and their enzymes, metagenomics, carbon sequestration employing extremophilic bacterial carbonic anhydrases and bioethanol production from lignocellulosic substrates using enzyme cocktails.

Dr.MaruthaduSudhakar was the Director, Centre for Marine Living Resources & Ecology (CMLRE) at Kochi (2015-19) and held the position of Advisor to the Government of India, Ministry of Earth Sciences (2009-2015). Between 1982 and 2009, he served premier national institutes of the country as Scientist in various grades at National Centre for Polar and Ocean Research (NCPOR), and National Institute of Oceanography (NIO), Goa. Dr.Sudhakar contributed significantly India’s deep-sea programme ‘Surveys for Polymetallic Nodules in Indian Ocean’ and participated in negotiations for the allocation of Pioneer Area in Central Indian Ocean Basin by the Preparatory Commission (PrepCom) to the Law of the Sea in 1987. He was instrumental to launch and lead a pilot expedition to the Southern Ocean and first expedition to Larsemann Hills, Eastern Antarctica, carried out swath bathymetric mapping of seafloor. He was an elected member of Legal and Technical Commission of International Seabed Authority (ISA), Jamaica for two terms. He was also the Commissioner of India and led Indian delegation to the annual sessions of Convention on Conservation of Antarctic Living Resources (CCAMLR), Hobart, Australia, and Commissioner of Yeosu World Expo in Republic of Korea (2012). He is a Fellow of Geological Society of India, Mining Engineers Association of India, Honorary Fellow of ISAG, IGU, IGC and AP Akademi of Sciences. He published more than 150 papers in peer-reviewed journals, equal number in seminar/symposia/conferences and 7 books/chapters.

Prof. D.P. Agrawal is Ex-Chairman, Union Public Service Commission, New Delhi. Before joining this prestigious position Prof. Agrawal was founder Director of ABV Indian Institute of Information Technology and Management (IIITM), Gwalior. IIITM was set up by Ministry of Human Resource Development in 1998 and declared as a Deemed University by the Government of India in 2001. Under his leadership IIITM, has entered into MOUs with several international institutions/universities for joint collaboration in the areas of research, exchange programmes for faculty and students, and consultancy to companies in India and abroad. Many initiatives started by him at IIITM, Gwalior have been replicated in the country. He was Professor and Dean at IIT- Delhi from where, in 1994, he took over as Joint Educational Adviser (T) in the Ministry of Human Resources Development, Government of India. He has planned and developed a number of initiatives at national level in technical education, particularly in the areas of information technology and computer education. He has made substantial contribution for the development of vocational education through advice and guidance.