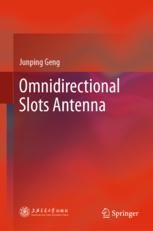 Dr. Junping Geng received his B.E degree in plastic working of metals, M.S. degree in corrosion and protection of equipment, and Ph.D. degree in circuit and system from the Northwestern Polytechnic University, Xian, China, in 1996, 1999, and 2003, respectively.From 2003 to 2005, he was a Postdoctoral Researcher with Shanghai Jiao Tong University, Shanghai, China. In April 2005, he joined the faculty of the Electronic Engineering Department, Shanghai Jiao Tong University. He was promoted to an associated professor in 2008.From 2010 to 2011, he was a visiting scholar with the Institute Electrical and Computer Engineering, University of Arizona, AZ, USA.Besides, he is among the editorial board of International Journal of Antenna and Propagation and International Journal of Aerospace Engineering. He is also a member of Antenna Society of Chinese Institute of Electronics. And he has been the Senior member of IEEE in 2017.
He is mainly engaged in the teaching and research work on the fields covering antenna and electromagnetic theory, array signal processing, wireless communications, and nano technology, etc. In 2015, he received the best paper award in IEEE MAPE 2015. In 2013, he was awarded the third rank of Shanghai Award for Natural Sciences. In 2010, he received the best paper award in IEEE iWAT2010. In 2008, he won the second prize of Chinese National Technology Innovation Awards as the third co-author. In 2007, he won the first prize of Technology Innovation Awards of the Ministry of Education as the fourth co-author. In 2009, he won the second Prize of "Hengshan Liangci" Excellent Paper.He won the Shanghai Jiao Tong University excellent annual assessment in 2007, 2014, 2016, 2017, and 2018 respectively, and he also won the third prize for excellent teachers in 2008, excellent in the appointment period 2014-2016 in Shanghai Jiaotong University too. He won the third prize of postdoctoral award fund in 2006.
So far he had published over 350 papers at home and abroad, about 127 of them in International Journals. He has applied over 120 invention patents, and 71 of them have been granted. Also, he has published a text book and three monographs. He has served as an associate editor for International Journal of Antennas and Propagations, member of Technology Program Committee (TPC) and session chair for more than 15 international conferences.He has been in charge of or involved in over 30 projects including Chinese National Fund, the State Key Program of National Natural Science, 973, Innovation group and Shanghai Research Projects.