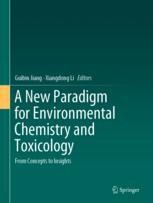 A New Paradigm for Environmental Chemistry and Toxicology

From Concepts to Insights

This book provides comprehensive coverage of the theoretical developments and technological breakthroughs that have deepened our understanding of environmental pollution and human health, while also promoting a comprehensive strategy to address these problems. The respective chapters highlight groundbreaking concepts fueling the development of environmental chemistry and toxicology; revolutionary analytical and computational approaches providing novel insights into environmental health; and nature-inspired, innovative engineering solutions for tackling complex hazardous exposures.

The book also features a forward-looking perspective on emerging environmental issues that call for new research and regulatory paradigms, laying the groundwork for future advances in the broad field of environmental chemistry and toxicology.

Written by respected authorities in the field, A New Paradigm for Environmental Chemistry and Toxicology - From Concepts to Insights will offer an invaluable reference guide for concerned researchers and professional practitioners for years to come.

Prof. Jiang’s research mainly focuses on Environmental Chemistry and Toxicology. He has published over 700 articles in leading scientific journals and is the author of 15 scientific books. As an invited plenary or keynote speaker, he has presented at more than 600 international meetings, institutes and universities. He is a three-time recipient of the Chinese National Natural Science Award.

Professor Jiang is the former Deputy-Director and Director-General of RCEES (2001-2017).  He is currently an Associate Editor for Environmental Science and Technology (ES&T, 2006-). He was elected as a member of the Chinese Academy of Sciences (2009), a fellow of the Third World Academy of Sciences (TWAS, 2012), and a fellow of the Royal Society of Chemistry (FRSC, 2014).

Professor Xiang-dong Li is Director of the Research Institute of Sustainable Urban Development, Chair Professor of Environmental Science and Technology at the Department of Civil & Environmental Engineering, and Associate Dean (Research) of the Faculty of Construction and Environment, Hong Kong Polytechnic University. He obtained his BSc in Earth Sciences and his MSc in Geochemistry from Nanjing University, and his PhD in Environmental Technology from Imperial College London.

Prof. Li’s major research interests include regional pollution, urban environmental studies, and remediation of contaminated soils. He has published more than 200 papers in leading international journals, and is one of the highest-cited researchers in Environment/Ecology on the Web of Science database. He was awarded the Outstanding Young Researcher (Oversea) Fund from the Natural Science Foundation of China (NSFC) in 2007.  Professor Li is a past president (2011-2013) of the International Society of Environmental Geochemistry and Health (SEGH). He is currently an Associate Editor for Environmental Science and Technology (ES&T). Prof. Li is also an associate editor and editorial board member for several other international journals in related research fields.
Show all