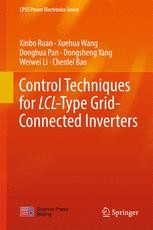 Xinbo Ruan received his BS and PhD degrees in Electrical Engineering from Nanjing University of Aeronautics and Astronautics (NUAA), Nanjing, China, in 1991 and 1996, respectively. In 1996, he joined the College of Automation Engineering, NUAA, where he became a Professor in 2002. From August to October 2007, he was a Research Fellow at the Department of Electronic and Information Engineering, Hong Kong Polytechnic University. Since March 2008, he has also been with the School of Electrical and Electronic Engineering, Huazhong University of Science and Technology, Wuhan, China. He is an author or co-author of 7 books and more than 200 technical papers. His current research interests include soft-switching dc–dc converters, dc–ac inverters, power electronics system integration, and renewable energy generation systems.