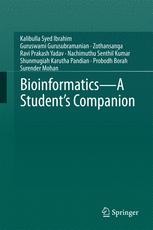 This manual offers a stand-alone reading companion, unique in simplifying the practical components of Bioinformatics in a unique and user-friendly manner. It covers the practical component of syllabi used at most leading universities and discusses the most extensively used tools and methodologies in Bioinformatics. Research in the biological sciences has made tremendous strides in recent years due in part to the increased automation in data generation. At the same time, storing, managing and interpreting huge volumes of data has become one of the most challenging tasks for scientists. These two aspects have ultimately necessitated the application of computers, giving rise to a highly interdisciplinary discipline–Bioinformatics.

Despite the richness of bioinformatics resources and methods, the exposure of life sciences undergraduates and postgraduates to bioinformatics is extremely limited. Though the internet offers various tools for free, and provides guides for using them, it fails to help users interpret the processed data. Moreover, most sites fail to update their help pages to accommodate software upgrades. Though the market is flooded with books discussing the theoretical concepts in Bioinformatics, a manual of this kind is rarely found. The content developed to meet the needs of readers from diverse background and to incorporate the syllabi of undergraduate and postgraduate courses at various universities.

K. Syed Ibrahim is Post Doctoral Fellow at the Department of Biotechnology, Mizoram University. He received his PhD in Biotechnology from Alagappa University, Karaikudi. His fields of interest include protein expression and purification, microbial ecology, high throughput sequencing and data analysis.

G. Gurusubramanian is a Professor of Zoology at Mizoram University with more than 23 years of experience in teaching and research. He received his PhD in Zoology from the University of Madras, Chennai and served as Post Doctoral Humboldt Fellow at the Institut für Biologischen Pflanzenschutz, Germany. His contributions have been recognized with awards like Fellow of International Society for Ecological Communication, Poland, the Business Excellence Award from the International Business Council, and the Life Time Achievement Award from the Indian Compendium Bureau, New Delhi. He has published over 109 articles in leading peer-reviewed International journals, has contributed to two books published by leading publishers and holds four patents. He has been successful in attracting funding from various bodies like the UGC, DBT, CSIR and Central Silk Board as a Principal Investigator.

Ravi Prakash Yadav is a Research Scholar at the Department of Biotechnology, Mizoram University. He received his MSc Biotechnology from the Kalinga Institute of Industrial Technology, Bhubaneswar (2010–2012). His fields of interest include Computational Biology/Bioinformatics and Cancer Genomics. Currently, he is working on the study of genomic alterations in cell cycle regulatory genes that result in tumorigenesis.

Zothansanga is currently working as a postdoctoral researcher at the Department of Biotechnology, Mizoram University with 5 years of teaching experience. His fields of interest include microbial diversity and metagenomics, molecular phylogeny, bioinformatics and microbial control of pests. He is presently working on microbial community analysis using Next-Generation Sequencing methods.

N. Senthil Kumar is a Professor of Biotechnology at Mizoram University with more than 12 years of experience in teaching and research. He completed his PhD in Zoology at Bharathiar University, Coimbatore and worked as a Post Doctoral Fellow at Sun Yat-sen University, Guangzhou, China. His fields of interest include bioinformatics and molecular phylogeny, cancer genomics and human genetics. With over 50 publications in reputed international peer reviewed journals and authoring two books in leading publications, his contributions have been recognized with various awards from the CSIR and DBT. As a Principal Investigator, he has successfully completed Research Projects funded by government funding bodies like the DBT, CSIR and DST.

Probodh Borah is a Professor of Microbiology/Animal Biotechnology at Assam Agricultural University with more than 29 years of experience in teaching and research. He completed his PhD in Veterinary Science at Assam Agricultural University, Guwahati and served as Post Doctoral Fellow at the University of California, USA. He has over 63 publications in peer-reviewed journals and has authored six books, two laboratory manuals and contributed three book chapters. He is an active member of the DBT Committee for North Eastern States. As a Principal Investigator, he has received funding from government agencies including the UGC, DBT, CSIR, ICMR and DST. He is also the Coordinator, Bioinformatics Infrastructure Facility and State Biotech Hub (Assam).

S. Karutha Pandian is a Professor of Biotechnology at Alagappa University. He received his PhD from the Forensic Sciences Department (Govt. of Tamil Nadu) affiliated with the University of Madras. After his PhD, he moved to the Centre for Cellular and Molecular Biology (CCMB), Hyderabad followed by the National Tsing Hua University, Taiwan for Post Doctoral research. An established pioneer in drug discovery from natural products, he has published 127 articles in leading peer-reviewed International (SCI) journals and has contributed to five books and two Laboratory Manuals published by leading publishers like Springer. He has been successful in completing nine Major Research Projects (MRPs) funded by government bodies like the UGC, DBT, DCI, CSIR and ICMR as a Principal Investigator. In recognition to his contributions, he has been awarded with the ‘Certificate of Achievement’ under the ‘Performance Linked Incentive Scheme’ of the Alagappa University, the ‘Shri. P.K. Das Memorial Best Faculty Award in Biotechnology’ by the Nehru Group of Institutions, and the Tamil Nadu Scientist Award (TANSA) in Biological Sciences for the year 2012.
Show all