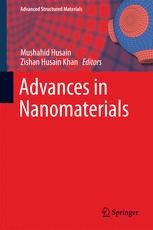 Prof. Mushahid Husain is the Vice Chancellor of M.J.P. Rohilkhand University, Bareilly. Formerly, He was a Senior Professor and Director, “Centre for Nanoscience and Nanotechnology” at Jamia Millia Islamia (Central University), New Delhi. He has been instrumental in starting M.Tech. Nanotechnology course in 2007 in Jamia Millia Islamia. Prof. Husain has completed several major research projects on amorphous semiconductors funded by various government agencies like DST, DRDO etc. He has been Vice Chairman of Semiconductor Society of India for two consecutive terms (1999 to 2003). He is also holding various positions in different academic societies. In addition, he also held the office of the Vice-President of Indian Physical Society during the session 1990-92. At present, he is the President of Society for Nano Science and Technology and secretary of one of the prestigious “Society for Semiconductor Devices”. He has made about 27 foreign visits including University of Cambridge – UK, University of Southampton - UK, University of Princeton, New Jersey, ICTP, Italy. UNAM-Mexico, SIRIM-Malaysia, National University-Singapore, National Tsing Hua University, Hsinchu, Taiwan, US Naval Research Lab. Washington and University of Arkansas, Fayetteville where he had delivered lectures.  He has delivered 111 Invited Talks at National and International Forums. A number of popular talks on All India Radio and the National TV Channel (Doordarshan) have also been presented by him.  Prof. Husain has about 182 Research Papers in reputed International Journals to his credit. He has produced 36 Ph.Ds. He has also edited one book on “Advances in Physics of Materials.”

r-latin;mso-bidi-font-family:"Times New Roman"; mso-bidi-theme-font:minor-bidi;mso-ansi-language:EN-US;mso-fareast-language: EN-US;mso-bidi-language:AR-SA">Zishan Husain Khan is working as Associate Professor (Applied Physics) in the Department of Applied Sciences & Humanities, Faculty of Engineering & Technology, Jamia Millia Islamia, New Delhi-110025 (India). He specializes in nanotechnology with special emphasis of carbon nanotubes, semiconducting nanostructures and nano-chalcogenides.  His work on the fabrication of a FET based on an individual carbon nanotube using e-beam lithography and its I-V characteristics was significant. He also studied the electrical transport properties and field emission properties of bulk carbon nanotubes. Dr. Khan has also contributed significantly in the field of oxide semiconductors and synthesized ZnO nanostructures for various applications. His contribution in the field of carbon nanotubes based sensors is notable. His recent work on OLEDs based on organic semiconductors and nano-memory devices based on nanochalcogenides is expected to have significant impact on emerging field of nanotechnology. Dr Khan has earned his Ph.D. on Amorphous Semiconductors from Jamia Millia Islmia, New Delhi-110025 (India) in 1996. He joined as a post-doctoral researcher at the Center of Nanoscience and Nanotechnology, National Tsing Hua University (NTHU), Hsinchu, Taiwan in Dec. 2001 and continued there up to Feb. 2005. While pursuing his Post-Doc, Dr. Khan worked extensively on different types of nanostructures with special focus of carbon nanotubes. He has published around 84 research papers in outstanding and high impact factor journals and made over 40 presentations in conferences and symposia, which includes invited talks in the conferences. Dr. Khan has been one of founder members of Center of Nanotechnology, King Abdulaziz University, Jeddah (Suadi Arabia). He has been the guest editor of International Journal of Nanoparticles (UK), International Journal of Nano-Biomaterials (UK), International Journal of Nanomanufacturing (UK), Journal of Nanomaterials (USA), Advanced Science Letters (USA). He is also a regular reviewer of many reputed International journals.