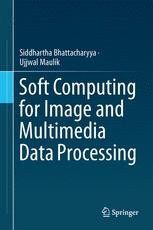 Proper analysis of image and multimedia data requires efficient extraction and segmentation techniques. Among the many computational intelligence approaches, the soft computing paradigm is best equipped with several tools and techniques that incorporate intelligent concepts and principles. This book is dedicated to object extraction, image segmentation, and edge detection using soft computing techniques with extensive real-life application to image and multimedia data.

The authors start with a comprehensive tutorial on the basics of brain structure and learning, and then the key soft computing techniques, including evolutionary computation, neural networks, fuzzy sets and fuzzy logic, and rough sets. They then present seven chapters that detail the application of representative techniques to complex image processing tasks such as image recognition, lighting control, target tracking, object extraction, and edge detection. These chapters follow a structured approach with detailed explanations of the problems, solutions, results, and conclusions.

This is both a standalone textbook for graduates in computer science, electrical engineering, system science, and information technology, and a reference for researchers and engineers engaged with pattern recognition, image processing, and soft computing.

Dr. Siddhartha Bhattacharyya is an Associate Professor in the Dept. of Information Technology of the RCC Institute of Information Technology in Kolkata. He earned Bachelor's degrees in physics, and in optics and optoelectronics, and a Master's degree in optics and optoelectronics from the University of Calcutta, and a PhD in engineering from Jadavpur University, Kolkata. He has published more than 85 research publications. His research interests include soft computing, pattern recognition and quantum computing.

Prof. Ujjwal Maulik has been a Professor in the Dept. of Computer Science and Engineering, Jadavpur University, Kolkata since 2004. He has Bachelor's degrees in physics and computer science, and a Master's degree and a PhD in computer science. He led the Dept. of Computer Science and Technology of Kalyani Government Engineering College from 1996 to 1999. He has collaborated and lectured at various institutions worldwide, including extended visits at the Los Alamos National Laboratory, USA, the Univ. of New South Wales, Australia, the Univ. of Texas at Arlington, USA, the Univ. of Maryland, Baltimore County, USA, the Fraunhofer Institute AiS, St. Augustin, Germany, Tsinghua University, China, the Univ. of Rome, Italy, the Univ. of Heidelberg, Germany, and the German Cancer Research Center. He received the Government of India BOYSCAST fellowship in 2001, and the Alexander Von Humboldt Fellowship for Experienced Researchers in 2010, 2011, and 2012, and he has coordinated a number of Erasmus Mundus Mobility with Asia (EMMA) programs. He has coauthored 7 books and more than 250 research publications; he has been program chair for many international conferences and workshops, he is on the editorial board of many journals, and he is a founding member of the IEEE Computational Intelligence Society (CIS) Chapter, Calcutta section. His research interests include computational intelligence, bioinformatics, combinatorial optimization, pattern recognition, and data mining.