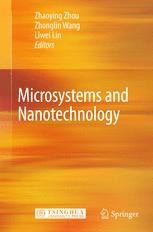 Doctor, Professor of Department of Precision Instrument and Mechanology, vice-chairman of CHINESE SOCIETY OF MICRO-NANO TECHNOLOGY, editor of Journal of Micro Mechatronics. His research interests are in MEMS, Technology of measurement and control, Bio-medical instrument. He published more than 300 papers, 2 academic books.

Dr. Wang received his Ph.D in Physics from Arizona State University in 1987. After a year of post-doctoral in the State University of New York at Stony Brook in 1988, Dr. Wang was awarded a Research Fellowship by the Cavendish Laboratory, University of Cambridge, England. He received a U.S. Department of Energy Research Fellowship at Oak Ridge National Laboratory in 1989, and one year later he was appointed as a Research Associate Professor by the University of Tennessee. In 1993, he moved to the National Institute of Standards and Technology (NIST) to set up the microscopy facility. He joined Georgia Tech in 1995.

Dr. Wang has been focused on the atomic dimension microstructures of materials of technological importance and their relationship with measured physical properties. The materials that he has been working on are functional and smart thin oxide films, nanoparticles and self-assembly, carbon nanotubes, nanowires and nanobelts of semiconductive materials, and magnetic nanophase materials.

Dr. Wang discovered the nanobelt in 2001, which is considered to be a ground-breaking work. The paper on nanobelt was the second most cited paper in chemistry in 2001-2003 world-wide. His paper on piezoelectric nanosprings was one of the most cited papers in materials science in 2004 world-wide. His recent invention of world’s first nanogenerator will have profound impacts to implantable biosensors and molecular machines/robotics. In 1999, he and his colleagues discovered the world’s smallest balance, nanobalance, which was selected as the breakthrough in nanotechnology by the America Physical Society. He was elected to the European Academy of Science (www.eurasc.org ) in 2002, fellow of the World Innovation Foundation (www.thewif.org.uk) in 2004, fellow of American Physical Society in 2005, has received the 2001 S.T. Li prize for Outstanding Contribution in Nanoscience and Nanotechnology, the 2000 and 2005 Georgia Tech Outstanding Faculty Research Author Awards, Sigma Xi 2005 sustain research awards, Sigma Xi 1998 and 2002 best paper awards, the 1999 Burton Medal from Microscopy Society of America, and 1998 China-NSF Oversea Outstanding Young Scientists Award. His most recent research focuses on oxide nanobelts and nanowires, in-situ techniques for nano-scale measurements, self-assembly nanostructures, fabrication of nano devices and nanosensors for biomedical applications.

Engineering Department and co-Director at the Berkeley Sensor and Actuator Center. He received his B.S. (1986) in Power Mechanical Engineering from National Tsinghua University, M.S. (1991) and Ph.D. (1993) in Mechanical Engineering from the University of California at Berkeley. He was an Associate Professor in the Institute of Applied Mechanics, National Taiwan University, Taiwan (1994~1996) and an Assistant Professor in Mechanical Engineering Department, University of Michigan (1996~1999). His research interests are in design, modeling and fabrication of micro/nano structures, micro/nano sensors and micro/nano actuators as well as mechanical issues in micro/nano systems including heat transfer, solid/fluid mechanics and dynamics. Dr. Lin is the recipient of the 1998 NSF CAREER Award for research in MEMS Packaging and the 1999 ASME Journal of Heat Transfer best paper award for his work on micro scale bubble formation. Currently, he serves as a subject editor for the IEEE/ASME Journal of Microelectromechanical Systems and the North and South America Editor of Sensors and Actuators –A Physical. He led the effort to establish the MEMS division in ASME and served as the founding Chairman of the Executive Committee from 2004~2005. He is an ASME Fellow and has 10 issued US patents in the area of MEMS.