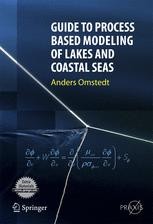 Guide to Process Based Modeling of Lakes and Coastal Seas

Mounting concern about the influence of humans on climate and environmental conditions has increased the need for multi-disciplinary modeling efforts, including systems such as oceans, costal seas, lakes, land surfaces, ice, rivers and atmosphere.

This unique book will stimulate students and researchers to develop

their modeling skills and make model codes and data transparent

to other research groups. The book uses the general equation solver

PROBE to introduce process oriented numerical modeling and to

build understanding of the subject step by step. PROBE is a general

steady, boundary layers. By the construction of nets of sub-basins the

book illustrates how the process based modeling can be extended,

been used in many applications, particularly in Sweden and Finland

with their numerous lakes, archipelago seas, fjords, and coastal zones.

Mediterranean Sea and the approach is general for applications in many

other environmental applications.... more on http://

“The Guide to process based modeling of lakes and coastal seas uses an easily accessible and well-tested model to guide aspiring modelers and students into the process of modeling, making the process of numerical simulations easier and more transparent. It is a welcome new resource for those interested in modeling in the fields of physical oceanography and aquatic ecology. … book should be also accessible to students with basic knowledge of fluid dynamics, which makes it suitable for teaching in graduate or upper-level undergraduate courses.” (Sergei Katsev, Journal of Paleolimnology, Vol. 49, 2013)