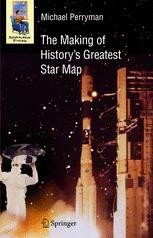 From prehistoric times, mankind has looked up at the night sky, and puzzled at the changing positions of the stars. How far away they are is a question that has confounded scientists for centuries. Over the last few hundred years, many scientific careers – and considerable resources – have been devoted to measuring their positions and motions with ever increasing accuracy. And in the last two decades of the 20th century, the European Space Agency developed and launched the Hipparcos satellite, around which this account revolves, to carry out these exacting measurements from space.

What has prompted these remarkable developments? Why have governments been persuaded to fund them? What are scientists learning from astronomy's equivalent of the Human Genome Project? This book traces the subject's history, explains why such enormous efforts are considered worthwhile, and interweaves these with a first-hand insight into the Hipparcos project, and how big science is conducted at an international level. The involvement of amateur astronomers, and the Hipparcos contributions to climate research, ‘death stars' passing close to the Sun, and the search for extra-solar planets and even intelligent life itself, are some of the surprising facets of this unusual space mission.

One of the defining points in the creative life of the human mind came about when the ancient Greeks realised that, through a combination of mathematical geometry and the devising of increasingly accurate instruments using 360° scales, it was possible to map the heavens. And from Hipparchus in 150 BC, to ESA's Hipparcos project in the late twentieth century, much of the history of astronomy has been about the increasingly refined measurement of stellar angles, and how we can use them to make sense of the cosmos. This splendid book provides a fascinating account of that intellectual journey, and the defining contribution of a remarkable space mission. Allan Chapman

A fascinating and entertaining account of a unique space adventure. From the prologue, which captures the excitement of the satellite launch through to the final future-looking chapter, the book contains a delightful mixture of historical and technical fact, personal insight and intriguing detail – a reading pleasure throughout. Lennart Lindegren

A remarkable book, capturing a unique blend of humanism and science, related through the author's experience of research, technology, management, and human relations. The richness of science unveiled through the precise measurements of very small angles is amazing, and the chronicle is a masterpiece of astronomy. Roger-Maurice Bonnet

For amateur astronomers who delight in exploring the night sky, here is the captivating and highly readable account of history's greatest star-mapping venture. Hipparcos demanded an almost unbelievable effort, scientific and technical. And who better to tell this story than the astronomer who orchestrated it all? Roger Sinnott

The Hipparcos project was hugely important in mapping our Galaxy. This is a fascinating account of an important episode in astronomy, written by the scientist who played a pivotal role in the prolonged and often frustrating series of steps that brought it to fruition, and eventually to a triumphant conclusion.. Sir Martin Rees

Michael Perryman has spent a career in space science focused on Europe’s ambitious programme to map the stars. For his scientific leadership of the Hipparcos project, the first star mapping programme carried out from space and the greatest leap in accuracy in history, he was awarded the Prix Janssen of the French Astronomical Society in 1996, and the Academic Medal of the Royal Netherlands Academy of Arts and Sciences in 1999.

“This book tells the whole story. Michael Perryman, who has been involved with the project, is uniquely qualified to write it. He has done so very well indeed; his style is both attractive and immensely informative. There are ‘snapshot’ pictures … and diagrams where necessary. … This is a really important book that should be in every scientific library.” (Patrick Moore, Sky at Night Magazine, September, 2010)

"This beautiful oevre is a lot of things at once: a really thrilling narrative, a first-class popular science book, a treasure chest for future science historians, an introduction into the inner workings of huge scientific space projects, a deep view into the psychology and socialogy of such projects, and - last but not least - a proof that the often undervalued English language can be beautiful even in science contexts. In large parts Perryman's work is as thrilling and as entertaining as the Watson and Crick novel about the deciphering of the DNA structure. For me personally, its most eminent aspects are Perryman's beautiful and imaginative usage of the English language, and his many pretty ideas how to explain complex matters in simple terms." (extracted and translated from Ulrich Bastian, Sterne und Weltraum, October 2010, p110)

“This book’s title accurately describes the achievement of the Hipparcos satellite, which the European Space Agency (ESA) operated between 1989 and 1993. … the book gives an excellent overview of the engineering and scientific achievements of Hipparcos as well as the individual contributions made by key team members. Summing Up: Recommended. All levels/libraries.” (T. Barker, Choice, Vol. 48 (5), January, 2011)

“Perryman's narrative could have been dry and mathematical, but it's not. It is all about human struggles, agency politics, rivalries, staggering odds, and ultimate triumph.” (Roger W. Sinnott, Cloudy Nights Telescope Reviews, 04/21/11)

“The book’s scientific and historical content is substantial and wide ranging. To its credit, the publisher has included about a hundred, mostly small, photographs. A page is devoted to an image of one page of the printed Hipparcos catalog, the one containing data about Sirius, the brightest star in our visible sky.” (Jay M. Pasachoff, Physics Today, May, 2011)