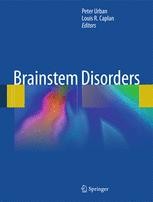 The brainstem includes numerous pathways connecting different brain areas and the spinal cord, neural networks with coordinating tasks, and brainstem nuclei. Consequently its topography is complex, and even experienced neurologists find it challenging to localize brainstem lesions and diagnose brainstem disorders. This richly illustrated book provides a comprehensive review of brainstem disorders and presents the relevant clinical knowledge necessary for diagnosis. The opening sections document the brainstem neuroanatomy and discuss current diagnostic methods. The entire spectrum of clinical findings in brainstem disorders is then described, and topodiagnostic aspects of the neurological findings are explained in detail. The descriptions of brain stem disorders are consistently structured and are supported by many MR images and short case reports. In addition to primary brainstem lesions, such as vascular brainstem syndromes, other disorders are considered that do not exclusively show brainstem symptoms or signs, e.g., multiple sclerosis. This book will serve as an invaluable reference work for neurologists in clinical practice or further education.

Prof. Urban received ten scientific awards including the Richard-Jung-Award of the German Society of Clinical Neurophysiology (1999), the Boehringer-Ingelheim-Award (2001), and the Scientific Award of the European Neurological Society (2004).

He has published more than 100 original papers, 47 book chapters and a book on brainstem diseases. His fields of research comprise cerebrovascular disorders, especially of the brainstem, clinical neurophysiology and movement disorders. He is a member of several scientific organizations including the American Academy of Neurology, the Movement Disorders Society, and the German Society of Neurology.

Professor Louis Robert Caplan obtained his medical degree from the University of Maryland School of Medicine. From 1970 to 1978 he was Assistant Professor of Neurology at Harvard Medical School and in 1979 became Neurologist-in chief at the Michael Reese Hospital and Professor of Neurology University of Chicago. From 1985-1997, he was Neurologist-in-Chief at the new England Medical Center and was Professor and Chair of Neurology at Tufts University School of Medicine. In 1999, he became Professor of Neurology at Harvard Medical School. Professor Caplan is a member of many medical societies, including the American Heart Association for which he has served on the science advisory, and nominating committees and was Chairman of the Stroke Council from 1986-1989. He has received many awards and honours, and is an honorary member of several neurological societies. As a member of the steering committee, data and safety committee, or executive committee, Professor Caplan has been involved in many neurological clinical trials, and is a member of several advisory boards. Professor Caplan has been or is currently on the editorial board of journals such as Stroke, Neurology, Clinical Neuropharmacology, Cerebrovascular Diseases (Associate Editor), Headache, Brain, European Neurology (Associate Editor), Archives of Neurology, The Neurologist, Journal of Neurology, Neurosurgery & Psychiatry (International Editor for North America), Current Neurology and Neuroscience Reports, Reviews in Neurological Disease (Co-Editor), and the Journal of Clinical Neurology. As author and co-author, he has published 37 books and monographs, 197 original reports, 26 proceedings of meetings, 483 clinical reviews, observations and educational studies, and 92 abstracts.

“This monograph predominantly written by German authors is an excellent review of the brain stem and its disorders. … The text is profusely littered with tables, diagrams and images making it an excellent learning tool. … This is … a superb contribution to the literature and its multidisciplinary, integrated approach combining anatomical, physiological, pathological and imaging detail means that it would be profitably read not only by radiologists with an interest in the brain but also by neurologists and other interested stroke physicians.”­­­ (Arpan Banerjee, RAD Magazine, November, 2011)