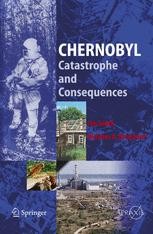 The long-term effects of the Chernobyl incident on the environment are still becoming apparent, twenty years after the event. This book, written by two researchers with frontline experience in this field, provides a detailed review of these over a wide range of ecosystems. It also discusses the responses and countermeasures utilised to combat the effects of the accident, as well as considering the health, social, psychological and economic impacts on the human population.

This book adds valuable weight to the debate about the environmental cost of nuclear power and the issue of nuclear safety.

"The publication of this multi-authored book on Chernobyl ties in with the 20th anniversary of the accident this year. … The book primarily deals with environmental and long term consequences. … In addition to multiple authors, the editors have also been directly involved in the writing of most of the chapters. This creates a more even style and coherent structure than is often seen … . this book provides a useful starting point and bibliography for anyone wishing to get to grips with Chernobyl." (Russell J Hand, Materials World, Vol. 14 (11), 2006)

"The reviewed book is one of the first … comprehensive books on the Chernobyl accident and its consequences, and remediation countermeasures in the affected area. Logically constructed, based on extensive experimental material, and elucidating all major aspects of the accident’s effects on the environment and human health, it is a great contribution to the solution of problems of radiation safety, radioecology, health physics, and the protection of biota and human health from ionizing radiation." (Rudolf M. Alexakhin, Health Physics, 2006)

"The 20th anniversary of this momentous event has predictably given rise to a very broad spectrum of opinion and comment … . The volume contains some 71 charts and 82 tables. ... Each chapter is followed by a list of references which reveals the astonishing range of investigations and publications to which this event has given rise. ... The authors have, in my judgement, performed an outstanding service to humanity in assembling and publishing the facts which sustain their conclusions in this volume." (Sir Ian Lloyd, Science in Parliament, Vol. 63 (3), 2006)