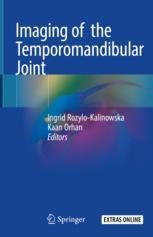 Imaging of the Temporomandibular Joint

This superbly illustrated book is designed to meet the demand for a comprehensive yet concise source of information on temporomandibular joint (TMJ) imaging that covers all aspects of TMJ diagnostics. After introductory chapters on anatomy, histology, and the basics of radiological imaging, detailed guidance is provided on the use and interpretation of radiography, CT, CBCT, ultrasound, MRI, and nuclear medicine techniques. Readers will find clear presentation of the imaging findings in the full range of TMJ pathologies, from intrinsic pathological processes to invasion by lesions of the temporal bone and mandibular condyle. Careful attention is also paid to the technical issues confronted when using different imaging modalities, and the means of resolving them. The role of interventional radiology is examined, and consideration given to the use of arthrography and arthrography-guided steroid treatment. In addition, an overview of recent advances in research on TMJ diagnostics is provided. Imaging of the Temporomandibular Joint has been written by an international team of dedicated authors and will be of high value to clinicians in their daily practice.

“The higly-illustrated book titled ‘Imaging of the Temporomandibular Joint’, written by an international team of dedicated authors, is a comprehensive review of dentomaxillofacial imaging, useful for dentists who deal with TMJ pathology, as well as specialized neuro- or head and neck radiologists.” (Florin-Eugen, Stomatology EDU Journal, Vol. 6 (1), 2019)