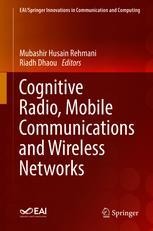 Mubashir Husain Rehmani (M’14-SM’15) received the B.Eng. degree in computer systems engineering from Mehran University of Engineering and Technology, Jamshoro, Pakistan, in 2004, the M.S. degree from the University of Paris XI, Paris, France, in 2008, and the Ph.D. degree from the University Pierre and Marie Curie, Paris, in 2011. He is currently working at the Telecommunications Software and Systems Group (TSSG), Waterford Institute of Technology (WIT), Waterford, Ireland. He served for five years as an Assistant Professor at COMSATS Institute of Information Technology, Wah Cantt., Pakistan.  He is currently an Area Editor of the IEEE Communications Surveys and Tutorials. He served for three years (from 2015 to 2017) as an Associate Editor of the IEEE Communications Surveys and Tutorials. Currently he serves as Associate Editor of  IEEE Communications Magazine, Elsevier Journal of Network and Computer Applications (JNCA), and the Journal of Communications and Networks (JCN). He is also serving as a Guest Editor of Elsevier Ad Hoc Networks journal, Elsevier Future Generation Computer Systems journal, the IEEE Transactions on Industrial Informatics, and Elsevier Pervasive and Mobile Computing journal. He has authored/ edited two books published by IGI Global, USA, one book published by CRC Press, USA, and one book with Wiley, U.K. He received “Best Researcher of the Year 2015 of COMSATS Wah” award in 2015. He received the certificate of appreciation, “Exemplary Editor of the IEEE Communications Surveys and Tutorials for the year 2015” from the IEEE Communications Society. He received Best Paper Award from IEEE ComSoc Technical Committee on Communications Systems Integration and Modeling (CSIM), in IEEE ICC 2017. He consecutively received research productivity award in 2016-17 and also ranked # 1 in all Engineering disciplines from Pakistan Council for Science and Technology (PCST), Government of Pakistan. He also received Best Paper Award in 2017 from Higher Education Commission (HEC), Government of Pakistan.

Dr. Riadh Dhaou is an Associate Professor with the Toulouse INP (Institut National Polytechnique de Toulouse). He is affiliated with the Telecom and Networking department of the ENSEEIHT. Since 2003 he has been a member of the IRT team of the IRIT (Institut de Recherche en Informatique de Toulouse) Laboratory. He received a degree in Engineering in computer science (Diplome d'Ingénieur Concepteur en Informatique) from the ENSI (Ecole Nationale des Sciences de l'Informatique), University of Tunis II in 1997, and the D.E.A. (Diplome d'Etudes Approfondies) in Computer systems from the Université Pierre et Marie Curie in Paris (Paris VI), in 1998. He was awarded, respectively, a Ph.D. degree in Computer Systems, Telecommunication and Electronic by the University of Paris VI (in November 2002) and the HDR (Habilitation à Diriger des Recherches) by the Toulouse INP (in November 2017). His research interests include statistical characterization and modelling of mobility, mobile and space communications, cross layer schemes modelling and optimization, performance analysis of wireless networks, autonomous multi-hop/cooperative communications systems, capacity and outage analysis of multi-user heterogeneous wireless systems, resource allocation, design and performance evaluation of wireless sensor networks and energy consumption optimization. Since 2003, he is scientific chief project with the cooperative laboratory TéSA, a non-profit association, leading research studies and PhDs in Telecommunications for Space and Aeronautics. Since November 2017, he is the carrier of the satellite theme within the IRT team. He jointly supervised 14 Ph. D. Theses (9 were defended) and 3 master-degree theses. He published about 78 papers (7 journals and 5 book chapters) and achieved 35 research grants in satellite and sensor networks (CNES, Thales-Alenia Space, Airbus D&S). He has been technical leader to 7 research grants in satellite networks domain and participated to several industrial and academic grants. He was involved in the Technical Program Committee of 7 International Conferences. He was General Chair of PSATS'2013 and was member of one Organization Committee of two other International Conferences. He is, since 2013, part of the Editorial Board of WINET (The springer Wireless Networks journal). He participated to 11 PhD thesis committees. He participated to several European and National projects: CAPES-COFECUB Project MMAPS (Management, Mobility, Security, Architecture and Protocols for the Future Internet of Things) - ANR Project CAPTEURS - RNRT Project DILAN - ESPRIT Project BISANTE (Broadband Integrated Satellite Network Traffic Evaluation) - RNRT Project CONSTELLATIONS He also participated to the Network of Excellence NoE Euro-NGI, particularly on the evolution of the IP networks.