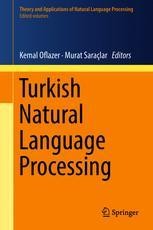 Kemal Oflazer received his Ph.D. in computer science from Carnegie Mellon University in Pittsburgh, USA, and his M.Sc. in computer science and B.Sc. in electrical and electronics engineering from Middle East Technical University, Ankara, Turkey. He is currently a faculty member at Carnegie Mellon University in Doha, Qatar, where he is also the Associate Dean for Research. He has held visiting positions at the Computing Research Laboratory at New Mexico State University, Las Cruces, USA and at the Language Technologies Institute, Carnegie Mellon University. Prior to joining CMU-Qatar, he worked at Sabancı University in Istanbul, Turkey (2000-2008) and Bilkent University in Ankara, Turkey (1989-2000). He has worked extensively on developing natural language processing techniques and resources for Turkish. Oflazer’s current research interests include statistical machine translation into morphologically complex languages, the use of NLP for language learning and machine learning for computational morphology. In addition, he was a member of the editorial boards of Computational Linguistics, the Journal of Artificial Intelligence Research, Machine Translation, and Research on Language and Computation and was a book review editor for Natural Language Engineering. He was a member of the nomination and advisory boards for EACL, and served as the program co-chair for ACL 2005, an area chair for COLING 2000, EACL 2003, ACL 2004, ACL 2012, and EMNLP 2013 and the organization committee co-chair for EMNLP 2014. Currently, he is an editorial board member of both Language Resources and Evaluation and Natural Language Engineering journals and is a member of the advisory board for “SpringerBriefs in Natural Language Processing”.
Murat Saraçlar received his B.Sc. degree in 1994 from the Electrical and Electronics Engineering Department at Bilkent University, Ankara, Turkey, his M.S.E. degree in 1997 and Ph.D. degree in 2001 from the Electrical and Computer Engineering Department at the Johns Hopkins University, Baltimore, USA. From 2000 to 2005, he was with the multimedia services department at AT&T Labs Research, and in 2005 joined the Electrical and Electronic Engineering Department of Boğaziçi University, Istanbul, Turkey, where he is currently a full professor. He was a visiting research scientist at Google Inc., New York, USA (2011-2012) and an academic visitor at IBM T.J. Watson Research Center (2012-2013). Saraçlar was awarded the AT&T Labs Research Excellence Award in 2002, the Turkish Academy of Sciences Young Scientist (TUBA-GEBIP) Award in 2009, and the IBM Faculty Award in 2010. He has published more than 100 articles in journals and conference proceedings. Furthermore, he served as an associate editor for IEEE Signal Processing Letters (2009-2012) and IEEE Transactions on Audio, Speech, and Language Processing (2012-2016). He was an editorial board member of Language Resources and Evaluation from 2012 to 2016, and is currently an editorial board member of Computer Speech and Language as well as a member of the IEEE Signal Processing Society Speech and Language Technical Committee (2007-2009, 2015-2018).