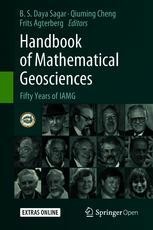 B.S. Daya Sagar is a full Professor at the Systems Science and Informatics Unit (SSIU) at the Indian Statistical Institute in Bangalore, India. Dr. Sagar received his MSc and Ph.D. degrees in geoengineering and remote sensing from the Faculty of Engineering, Andhra University, Visakhapatnam, India, in 1991 and 1994 respectively. He is also first Head of the SSIU. Earlier, he worked at the College of Engineering, Andhra University, and Centre for Remote Imaging Sensing and Processing (CRISP),  at the The National University of Singapore in various positions during 1992-2001. He served as Associate Professor and Researcher at the Faculty of Engineering & Technology (FET), Multimedia University, Malaysia, during 2001-2007. Since 2017, he has been a Visiting Professor at the University of Trento, Italy. His research interests include mathematical morphology, GISci, digital image processing, fractals and multifractals, their applications in extraction, analyses, and modelling of geophysical patterns. He has published over 85 papers in scientific journals, and has authored and/or guest edited 11 books and/or special theme issues for journals. He recently authored a book entitled "Mathematical Morphology in Geomorphology and GISci". He recently co-edited two special issues on "Filtering and Segmentation with Mathematical Morphology" for IEEE Journal of Selected Topics in Signal Processing  and "Applied Earth Observation and Remote Sensing in India" for IEEE Journal of Selected Topics in Applied Earth Observation and Remote Sensing. He is an elected Fellow of Royal Geographical Society (1999), Indian Geophysical Union (2011), and was a member of the New York Academy of Science during 1995-1996. He received the Dr. Balakrishna Memorial Award from the Andhra Pradesh Academy of Sciences in 1995, the Krishnan Gold Medal from the Indian Geophysical Union in 2002, and the "Georges Matheron Award-2011 (with Lecturership)" of the International Association for Mathematical Geosciences. He is the Founding Chairman of Bangalore Section IEEE GRSS Chapter. He is on the Editorial Boards of Computers & Geosciences, and Frontiers: Environmental Informatics.
Qiuming Cheng did his Ph.D. in Earth Science under supervision of Dr. Frits Agterberg at the University of Ottawa in 1994. Dr. Cheng spent a year at the Geological Survey of Canada as a PDF under the supervision of Dr. Graeme Bonham-Carter, and soon became a faculty member at York University, Toronto, Canada in 1995 with cross appointments in the Department of Earth and Space Science and Engineering and the Department of Geography. He was promoted to associate professor in 1997 and to full professor in 2002. He was awarded a Changjiang Scholar Professorship in China by the China Ministry of Education where he has set up and leads the State Key Lab of Geological Processes and Mineral Resources (GPMR) located on both campuses of China University of Geosciences in Beijing and Wuhan. Currently, he holds a Thousand Talent National Special Professorship of China, serving as the founding director of the GPMR lab. Dr. Cheng has specialized in mathematical geosciences with a research focus on nonlinear mathematical modelling of earth processes and geoinformatics techniques for prediction of mineral resources. He has authored and coauthored more than 300 research articles. He has been awarded several prestigious awards including the Krumbein Medal, the highest award by the International Association for Mathematical Geosciences (IAMG). Dr. Cheng was an elected President of the International Association for Mathematical Geosciences (IAMG) during 2012-16. He is the president of International Union of Geological Sciences (IUGS) for the period between 2016 and 2020. Dr. Cheng is an international leader in the application of nonlinear mathematics and geoinformatics to the analysis, modelling and prediction of a wide range of geological processes and mineral resources quantitative assessment. Dr. Cheng’s primary research interest involves the interdisciplinary study of non-linear properties of the Earth’s systems, as well as quantitative assessment and prediction of natural resources and environmental impacts. His research on fractal density & local singularity analysis theory and geomathematical models has made a major impact in several geoscientific disciplines, including those concerned with ocean ridge heat flow, magmatic flare-up during continent crustal growth and formation of supercontinents, earthquakes, floods, hydrothermal mineralization, and prediction of deeply buried mineral deposits.
Frits Agterberg is a Dutch-born Canadian Mathematical Geologist who served at the Geological Survey of Canada in Ottawa. He attended Utrecht University in The Netherlands from 1954 to 1961. With other founding members, he was instrumental in establishing the International Association for Mathematical Geosciences (IAMG) in 1968. He received the IAMG's William Christian Krumbein Medal in 1978 and he was IAMG Distinguished Lecturer in 2004. In 2017 he was conferred with the Honorary Membership of the IAMG. He has authored or coauthored over 250 scientific papers and five books. He has served the IAMG in many ways, including being its President from 2004 to 2008. After defending his doctoral thesis on structural geology of the Italian Alps at Utrecht University and a one-year fellowship at the University of Wisconsin in Madison, he became "petrological statistician" in his first job at the Geological Survey of Canada (GSC) in 1962. He was asked to create the GSC Geomathematics Section in 1971. He retired from the GSC in 1996 but still has an office at their Ottawa headquarters. In 1968, he became associated with the University of Ottawa where he taught a "Statistics in geology" course for 25 years and has supervised six geomathematical PhD students. From 1978 to 1989, he directed the Quantitative Stratigraphy Project of the International Geological Correlation Program. From 1981 to 2001, Dr. Agterberg was a correspondent of the Royal Netherlands Academy of Arts and Sciences. During the past 20 years, primarily in collaboration with Qiuming Cheng, his colleagues and students at the China University of Geosciences in Wuhan and Beijing and at York University, Toronto, he has worked on applications of multifractals to study the spatial distribution of metals in rocks and ore bodies.

“The book is an excellent resource for students, young scientists, practicing geologists, geophysicists, and geoscientists who want to better understand mathematical methods. … The handbook is a comprehensive reference that should have a place on the bookshelves of graduate students and researchers in the field of geosciences who are interested in using mathematical methods to analyze data.” (Yuriy Kostyuchenko, Mohamed Abioui and Andrea Di Cencio, Mathematical Geosciences, Vol. 52, 2020)