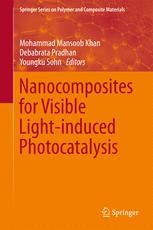 Dr. Mohammad Mansoob Khan is a Professor (Senior Assistant) at Chemical Sciences, Faculty of Science, Universiti Brunei Darussalam. He earned his PhD from Aligarh Muslim University, India in 2002. Afterwards he has worked as researcher, lecturer and Professor at different universities in India, Ethiopia, Oman, and South Korea. Since 2015 he is working as a Professor (Senior Assistant) at Universiti Brunei Darussalam. His main research interests are in the field of nanosciences, nanotechnology and nanomaterials, especially green syntheses of metal nanoparticles, inorganic nanohybrid and nanocomposite materials for Energy and Environment applications such as catalysis, photocatalysis, optoelectronic devices, hydrogen production and sensing.