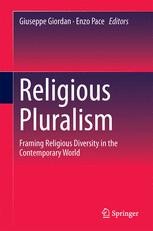 This volume illustrates both theoretically and empirically the differences between religious diversity and religious pluralism. It highlights how the factual situation of cultural and religious diversity may lead to individual, social and political choices of organized and recognized pluralism. In the process, both individual and collective identities are redefined, incessantly moving along the continuum that ranges from exclusion to inclusion.

The book starts by first detailing general issues related to religious pluralism. It makes the case for keeping the empirical, the normative, the regulatory and the interactive dimensions of religious pluralism analytically distinct while recognizing that, in practice, they often overlap. It also underlines the importance of seeking connections between religious pluralism and other pluralisms. Next, the book explores how religious diversity can operate to contribute to legal pluralism and examines the different types of church-state relations: eradication, monopoly, oligopoly and pluralism.

The second half of the book features case studies that provide a more specific look at the general issues, from ways to map and assess the religious diversity of a whole country to a comparison between Belgian-French views of religious and philosophical diversity, from religious pluralism in Italy to the shifting approach to ethnic and religious diversity in America, and from a sociological and historical perspective of religious plurality in Japan to an exploration of Brazilian religions, old and new.

The transition from religious diversity to religious pluralism is one of the most important challenges that will reshape the role of religion in contemporary society. This book provides readers with insights that will help them better understand and interpret this unprecedented transition.

Giuseppe Giordan is Senior Lecturer in Sociology at the University of Padua. From 2009 to 2013 he served as General Secretary of the International Society for the Sociology of Religion. With Enzo Pace and Luigi Berzano he edits the Annual Review of the Sociology of Religion. His books in English include Identity and Pluralism. The Values of the Post-Modern Time. Center for Migration Studies, 2004; Vocation and Social Context (ed.), Brill, 2007; Conversion in the Age of Pluralism (ed.), Brill, 2009; Youth and Religion (ed.), Brill, 2010; Religion, Spirituality and Everyday Practices (ed. with William H. Swatos, Jr.) Springer, 2011.