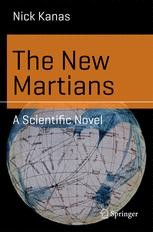 The year is 2035, and the crew from the first expedition to Mars is returning to Earth. The crewmembers are anxious to get home, and ennui pervades the ship. The mood is broken by a series of mysterious events that jeopardize their safety. Someone or something is threatening the crew. Is it an alien being? A psychotic crewmember? A malfunctioning computer? The truth raises questions about the crewmembers’ fate and that of the human race.In this novel, the intent is to show real psychological  issues that could affect a crew returning from a long-duration mission to Mars. The storyline presents a mystery that keeps the reader guessing, yet the issues at stake are based on the findings from the author’s research and other space-related work over the past 40+ years. The novel touches on actual plans being discussed for such an expedition as well as notions involving the search for Martian life and panspermia.The underlying science, in particular the psychological, psychiatric, and interpersonal elements, are introduced and discussed by the author in an extensive appendix.Nick Kanas is an Emeritus Professor of Psychiatry at the University of California, San Francisco, where he directed the group therapy training program. For over 20 years he conducted research on group therapy, and for nearly 20 years after that he was the Principal Investigator of NASA-funded research on astronauts and cosmonauts. He is the co-author of Space Psychology and Psychiatry, which won the 2004 International Academy of Astronautics Life Science Book Award, and the author of Humans in Space: The Psychological Hurdles, which won the 2016 International Academy of Astronautics Life Science Book Award.

Dr. Kanas has presented talks on space psychology and on celestial mapping at several regional and Worldcon science fiction conventions. A Fellow of the Royal Astronomical Society (London), he has been an amateur astronomer for over 50 years and is an avid reader of science fiction. He is also the author of two non-fiction books (Star Maps: History, Artistry, and Cartography and Solar System Maps: From Antiquity to the Space Age) and two science fiction novels (The New Martians andThe Protos Mandate), all published by Springer.
Show all
About the authors

Dr. Kanas is Professor Emeritus (Psychiatry), University of California, San Francisco.  He has been the principal investigator of several NASA-funded research grants studying the interpersonal interactions of astronauts in space. He has written about the psychosocial impact of long duration space missions since 1971.    Together with Dietrich Manzey, he is the co-author of the book Space Psychology and Psychiatry (2nd ed., Springer, 2008), which was given the 2004 International Academy of Astronautics Life Science Book Award.  In 1999, Dr. Kanas received the Aerospace Medical Association Longacre Award for Outstanding Accomplishment in the Psychological and Psychiatric Aspects of Aerospace Medicine.  In 2008, he received the International Academy of Astronautics Life Science Award.

“This story concerns the return to Earth journey of the first human expedition to Mars. … The story is anchored in reality and constructed with careful precision. Every aspect has clearly been carefully researched for its feasibility, and things do not stray far from acceptable science. … I can recommend this book as a good evening’s read.” (Odyssey, Issue 40, March, 2016)

“The references provide a useful introduction to the literature for readers who may want to explore the issues further. … the book is successful in illustrating the psychological stresses that may be expected to develop among human crews participating in long-duration space missions, and in highlighting the importance of taking planetary-protection protocols seriously. Anyone with an interest in the future of space exploration is likely to find it a thought-provoking read … .” (Ian Crawford, The Observatory, Vol. 134 (1240), June, 2014)