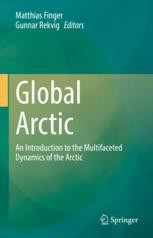 An Introduction to the Multifaceted Dynamics of the Arctic

The Arctic has become a global arena. This development can only be comprehensively understood from a transdisciplinary perspective encompassing ecological, cultural, societal, economic, industrial, geopolitical, and security considerations. This book offers thorough explanations of Arctic developments and challenges. Global warming is in large part the driving force behind the transformation of the Arctic by making access possible to the areas previously out of reach for mining and shipping. An all-year ice-free Arctic Ocean, a reality possible as soon as perhaps 2030, creates a new dynamic in the North. The retreating ice edge enables the exploitation of previously inaccessible resources such as hydrocarbon deposits and rare metals, as well as the shortest sea route from Asia to Europe. Consequently, the Northern Sea Route (NSR) promises faster and cheaper shipping. Russia, along side foreign investment, especially from China, is financing the needed infrastructure.

A warming Arctic, however, also has negative impacts. The Arctic is home to fragile ecosystems that are already showing signs of deteriorating. The Arctic has seen unprecedented wildfires, which, together with the release of trapped methane from the disappearing permafrost, will, in turn, accelerate global warming. A warmer Arctic Ocean will also negatively impact fisheries. Couple this with other global changes, such as ocean acidification and modified ocean currents, and the global outlook is bleak. Additionally, the security situation in the Arctic is worsening. After the 2014 Ukraine crisis, the West imposed sanctions on the Russian Federation, which have revived the divisions of the Cold War. The reemergence of these postures is threatening the highly successful Barents Cooperation and other initiatives for peace in the circumpolar North. This book offers new insights and presents arguments for how to mitigate the challenges the Arctic is facing today.