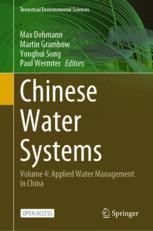 This open-access book addresses latest Sino-German results of the joint research efforts within Major Water Program of the Chinese Government supported by German research funding. The Major Water Program aims at the restoration of polluted water environments and sustainable management of water resources in China. The joint BMBF-CLIENT project SINOWATER deals with three most significant and strongest polluted Chinese waters, the river Liao and the Dian-lake as well as Tai-lake in the area of the metropolises Shenyang, Kunming and Suzhou, respectively. The project was conducted by the Research Institute for Water and Waste Management at RWTH Aachen (FiW) e.V., Bavarian State Ministry of the Environment and Consumer Protection, Technical University of Munich, RWTH Aachen University, German and Chinese companies (Martin Membrane Systems AG, Steinhardt GmbH Wassertechnik, GuHong, JT-elektronik, bluemetric, Huawang Water, EVU Group, Atemis GmbH, i+f process GmbH) in close cooperation with Chinese Academy of Environmental Sciences, Tongji University, and the Dianchi Lake Management Authorities. Overall, the joint Sino-German research project SINOWATER provided solutions for the improvement of the water quality in the mentioned water bodies as well as development and optimization of Good Water Governance. These objectives could be achieved through the implementation of innovative German water technologies and the optimization of water management elements in the fields of industrial and municipal wastewater treatment as well as river and shallow lake management.

Max Dohmann is Professor emeritus of the University RWTH Aachen and member of the Board of Research Instiute of Water and Waste Management at RWTH Aachen University. His research interests concern general environmental aspects and especially urban drainage, wastewater treatment, water quality management, waste and waste management. After studying civil engineering at the RWTH Aachen University and several years of engineering work in a water management association, he received his doctorate from the University of Hanover in 1974. He then continued his responsible practical work at the water management association and became a professor at the University of Essen in 1983. From 1987 to 2004 he worked as professor and director of the largest German institute for urban water management at the RWTH Aachen University. For several years he was a member of the German Federal Government's Council of Experts on Environmental Issues and a long-standing member of the Governing Board of the International Water Association (IWA). For many years he is a visiting professor at Tsinghua University in Beijing and at Sichuan University in Chengdu. In 2015, the German Ministry of Research appointed him as German spokesperson for the first three German collaborative research projects in the Chinese Major Water Programme.
Martin Grambow is Director General ‘Water Management and Soil Protection’ at the Bavarian Ministry of Environment and Consumer Protection. His responsibilities comprise all aspects of stewardship for the commons ‘water’ and ‘soil’, including regulation, monitoring, and management. In this respect Martin Grambow also represents the state Bavaria in national and international bodies. Amongst others he chairs the German River Basin Management Community Danube, is delegate in the International Lake Constance Conference and the International Commission for the Protection of the Danube River. In 2020 and 2021, he is the chairman of the Federal/States Work Group on Water Issues (LAWA) and the Work Group on Soil Protection (LABO).In the late 90th, Mr. Grambow founded the stat unit “Technology Transfer Water (TTW)”. Via TTW, the Bavarian State water administration supports the exchange of knowledge in water administration and in water technologies. Martin Grambow contributes to international activities carried out by various institutions including World Bank, OECD, European Union or Deutsche Gesellschaft für internationale Zusammenarbeit (GIZ). The Asia Region is a main focus of Mr. Grambow’s international partnerships, dialogues and exchanges.Martin Grambow is member of several institutions and foundations, notably the European Academy of Science and Arts and their „International Expert Group on Earth System Preservation” (IESP), and the „Bavarian Water Foundation”. He is member of the Managing Board of the German Association for Water, Wastewater and Waste (DWA), of the Bavarian Environment Cluster (Umweltcluster Bayern) and specially notably since 2018 member of the International Scientific Advisory Committee (ISAC) for the Chinese Research Academy of Environmental Sciences (CRAES).Martin Grambow studied civil engineering at TUM Technische Universität München. He graduated in 1986 (Diplom-Ingenieur), achieved his doctor’s degree in 2005, was appointed Honorary Professor in 2012 and teaches International Waterpolicies and Waterrights at TUM.He is author of various books and articles primarily focussing on the application of concepts for sustainable (water) resource management. He also has co-edited the books „Sustainable Risk Management” and “Global Stability through Decentralization?” in the Springer series “Strategies fur Sustainability”.
Yonghui Song is Professor and the Vice-President of the Chinese Research Academy of Environmental Sciences (CRAES), which is affiliated to the Ministry of Environmental Protection (MEP) of China. He obtained his Ph.D. Degree in Environmental Science from the Research Center for Eco-Environmental Sciences of the Chinese Academy of Sciences in 1999 and his Dr.-Ing. in Environmental Engineering from the University of Karlsruhe (TH), Germany in 2003. His research focuses on water pollution control technologies, regional- and basin-level water environmen management. He has undertaken over 20 national or ministerial/provincial scientific research projects as the principal investigator, published over 300 journal papers and obtained more than 20 patents. He received the “Outstanding Research Team Award” of the “11th Five-Year Plan” of the Ministry of Science and Technology (MOST) of China in 2012 and the “Award of MEP for Science and Technology” in 2016. He was selected as the Youth Innovation of Science and Technology Leading Talent by MOST of China in 2012 and was selected as the Innovation of Science and Technology Leading Talent by Organization Department of the CPC Central Committee General Office of China in 2013.