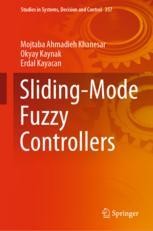 Fuzzy systems used as soft switches eliminate high-frequency signal oscillations and can substantially lower the noise sensitivity of sliding-mode controllers. The amount of a priori knowledge required concerning the nominal structure and parameters of a nonlinear system is also shown to be much reduced by exploiting the general function-approximation property of fuzzy systems so as to use them as identifiers.

The main features of this book include:

• a review of various existing structures of sliding-mode fuzzy control;

• a guide to the fundamental mathematics of sliding-mode fuzzy controllers and their stability analysis;

• state-of-the-art procedures for the design of a sliding-mode fuzzy controller;

• source codes including MATLAB® and Simulink® codes illustrating the simulation of these controllers, particularly the adaptive controllers;

• a short bibliography for each chapter for readers interested in learning more on a particular subject; and

• illustrative examples and simulation results to support the main claims made in the text.

Academic researchers and graduate students interested in the control of nonlinear systems and particularly those working in sliding-mode controller design will find this book a valuable source of comparative information on existing controllers and ideas for the development of new ones.

Okyay Kaynak received the B.Sc. (first-class honors) and Ph.D. degrees in electronic and electrical engineering from the University of Birmingham, U.K., in 1969 and 1972, respectively. From 1972 to 1979, he held various positions within the industry. In 1979, he joined the Department of Electrical and Electronics Engineering, Bogazici University, Istanbul, Turkey, where he is presently an Emeritus Professor. He also holds a "1000 Talents Program" Professor title at the University of Science and Technology, Beijing, China. He has hold long-term (near to or more than a year) Visiting Professor/Scholar positions at various institutions in Japan, Germany, U.S., Singapore, and China. His current main research interest is in the broad field of intelligent control. He has authored three books and edited five and authored or coauthored more than 400 papers that have appeared in various journals, books, and conference proceedings. He has been in the editorial boards of several journals. Currently, he is the Editor-in-Chief of the Springer journal; Discover Artificial Intelligence. Additionally, the Springer volume "Recent Advances in Sliding Modes: From Control to Intelligent Mechatronics" is dedicated to him to commemorate his lifetime impactful research and scholarly achievements and outstanding services to profession.

Dr. Kaynak is a fellow of IEEE. He has served on many committees of IEEE and was the president of IEEE Industrial Electronics Society during 2002-2003..

Erdal Kayacan received a Ph.D. degree in electrical and electronic engineering at Bogazici University, Istanbul, Turkey, in 2011. After finishing his postdoctoral research in KU Leuven at the division of mechatronics, biostatistics and sensors (MeBioS) in 2014, he worked in Nanyang Technological University, Singapore, at the School of Mechanical and Aerospace Engineering as Assistant Professor for four years. Currently, he is pursuing his research at Aarhus University at the Department of Engineering as Associate Professor.

He has since published more than 110 peer-refereed book chapters, journal and conference papers in model-based and model-free control, parameter and state estimation, and their robotics applications.  He has completed a number of research projects which have focused on the design and development of ground and aerial robotic systems, vision-based control techniques and artificial intelligence. Dr. Kayacan is the co-writer of a course book “Fuzzy Neural Networks for Real Time Control Applications, 1st Edition Concepts, Modeling and Algorithms for Fast Learning.”He is Senior Member of Institute of Electrical and Electronics Engineers (IEEE). Since 1st January 2017, he is Associate Editor of IEEE Transactions on Fuzzy Systems and IEEE Transactions on Mechatronics.